Counter-Strike: Global Offensive took the long way to success. It started off with a number of significant flaws, but with time and some substantial patches, has become one of the most-played games on Steam and one of the best PC games on the market.
As usual, the people who know the game best are the ones who spend every night and most weekends in the trenches, defusing bombs, shooting chickens, and desperately hunting for knives. Also as usual, the people who love the game most are also the ones who have the most complicated relationship with it. Play a game enough, and even if you love it, part of you will probably start to loathe it. In a loving way. If that makes sense, due to people that are overly good and the use of microtransactions may start to bug you a bit as you go further through the game. By playing this game you can get 100 Play
You cannot attach a suppressor to an M4. I'm not particularly bothered by this stuff; what does bug me are some small but significant changes to firing feedback. When you shoot someone in GO, they don't wince. There's a sneeze of blood, and audio that conveys that you're hitting them if you're within a certain range. But they don't do this , and I don't understand the decision to omit a flinch animation on character models.
Especially at long range, it takes a little more effort and squinting than it should to tell if I'm hitting someone or not. And counterintuitively, bullet tracers, new in this version of CS, are an unreliable source of feedback. They seem to trail the path of your actual bullet by a few microseconds. With rifles and SMGs, my eyes would wander away from my enemy and crosshairs--what I should be watching--and try to interpret where my bullets were falling based on the slightly-delayed, streaky particle effects. The small upside to tracers is that they mitigate camping a bit. 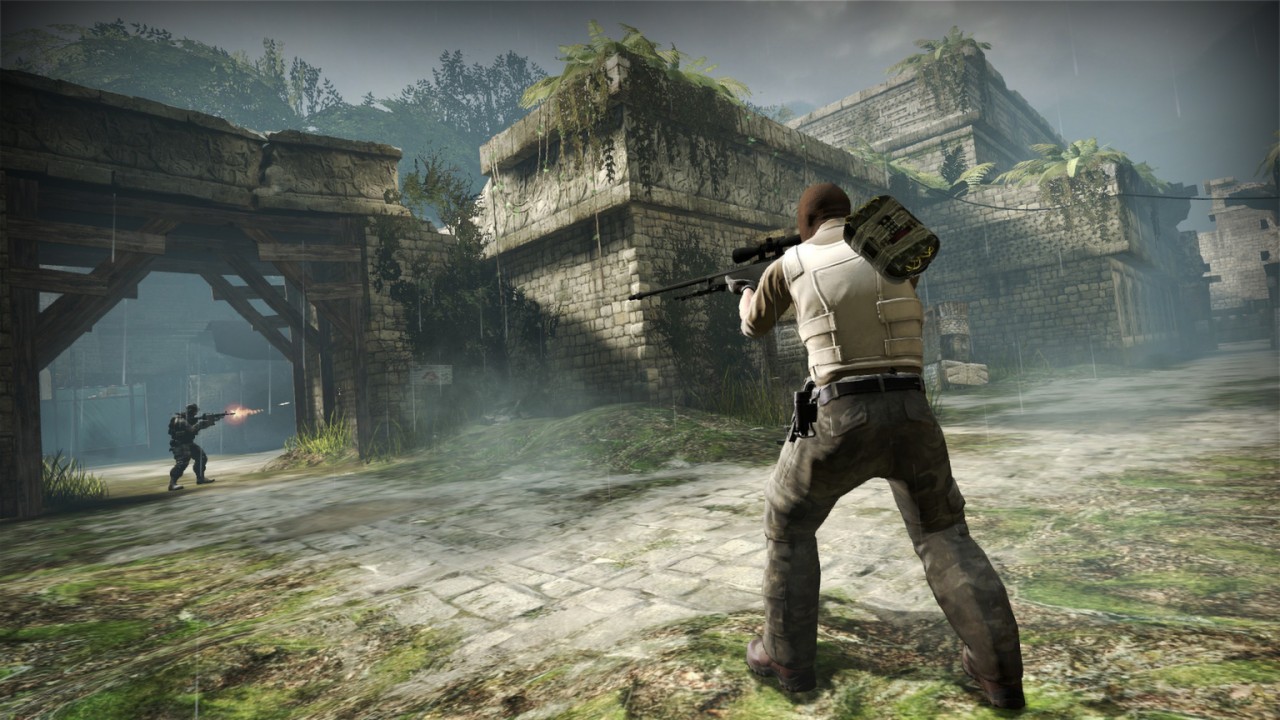 100 Play
This is my review/things that annoyed me from this game, I hoped you enjoyed it and learned something from this, if you are reading this and considering purchasing Counter Strike: Global Offensive due to what you have heard about it, it is now around 10.99 in British pounds, or about 15 US Dollars. For the price the game offers expansive content and quality that it is pretty much impossible to not play below 3 hours of multiplayer, it is addicting, but rage inducing, as shown in many cs:go rage compilations on YouTube, where people have ended up destroying their expensive PCs and monitors because of this game, buy at your own risk, you could make lots of money's worth of damage if you are easily annoyed and have a tendency to rage at games, and generally anything else. Thanks for reading my review, enjoy CS:GO!
1390 0 Share
5.0 (1)