CSG Oh Yes!!! - Review from a newb in Counter Strike

Upon entering the world of CSGO you are greeted with a play button, this prompts you to go and press competitive which throws you into a lobby full of gamers who may me toxic or may be a gift from Gaben.
Once you start playing, you will realise that it is a game of skill and not a game of spray and pray (unless you use the negev).
The P90 is the silver rank player's dream gun as it doesn't require much precision as you just need to lead the bullets in the direction of the enemy.
If you really want to stand out, try destroying the enemy team with an R8 Revolver or a galil.
Honestly, this game is amazing and you really need to try it out but you will either die a newb or stay alive long enough to be called a hacker.
Also the chickens that roam around mid game get nice costumes in Christmas updates. 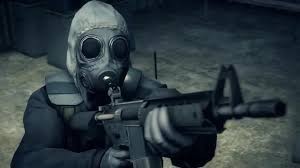 By playing this game you can get 100 Play
If you really want to stand out, try destroying the enemy team with an R8 Revolver or a galil.
Honestly, this game is amazing and you really need to try it out.
Trying to rank up is hell but if you train on aim maps, you should get one taps in no time.
If you want to rage then play comp solo as many of the people won't bother communicating and wont call out where the enemies are.
Walking, standing or crouching stop your bullet spray from going haywire and may let you actually get a kill on someone that is looking away or afk.
Sometimes I like to camp corners on dust 2 because why not? An unsuspecting terrorist walks into B site thinking he's being smart using a flash, as soon ah he walks into my line of fire I light him up like a tree on Xmas Eve... Then his teammates run in and spray me down while my team sits around picking their noses. 100 Play
The AWP is my most hated weapon as you will get rekt if you are on the butt end of it.
I once sat inside a water fountain with an AWP thinking I was Vasiliy Zaitsev from 'Enemy at the Gates', slaughtering the terrorists as they exposed fragments of flesh and peeked me slowly... bad move as I disintegrated their cranium before they could say "Rush A! Rotate! Rotate!".
One of my favourite things to do on a rainy day is get the game to 14-2 and then buy either the mag 7 or Sawed-Off shotguns to humiliate any kids that call me a hacker just because I can get a kill, getting an ace and restoring my family's glory as a warrior who stands strong in the face of the enemy, just kidding, I get 38 kills per game max.
Finally, don't be toxic as it ruins the game for everyone else and makes them want to DDOS you.
1446 0 Share
5.0 (1)