As of November 13, 2017, Operation Hydra has reached a close. However, Valve is keeping many of the aspects from the operation and are incorporating it into a new update. Firstly, Valve is introducing a new competitive game mode called "Wingman". This game mode was from Operation Hydra and allows players to participate in 2v2 competitive matchmaking with ranks. I for one am really excited about the new game mode because of the smaller teams so if I don't have enough time to play a full competitive game I can hop on a Wingman game and play with a friend. I am not entirely sure of how the ranking systems will work yet, but Valve will probably release it on their Counter - Strike: Global Offensive website later this week. I also assume that the drops from normal competitive and casual game modes will be the same for Wingman. By playing this game you can get 100 Play
As well as Wingman, Valve is creating a new casual game mode based on the format of War Games from Operation Hydra. This game mode includes the most played game from the War Games mode from the operation, flying scoutsman, and combining it with demolition and arms race. Valve is also changing the casual gameplay by three different map pools, having the most played maps as part of their own group, Defusal Group Delta. This includes the maps: Austria, Mirage, Inferno, Shipped, and Cache. There is another casual group for the maps with less demand called Defusal Group Sigma with maps: Cobble, Train, Overpass, Nuke, and Canals. There is another category of maps which include hostage missions, with the popular setting of Agency being in the driver seat of that pool. This allows players to narrow down which maps they would like to play even more than before. Although this means that some of the random maps such as Aztec and Vertigo will be removed from the game, it is still a step in the direction of a better game that Valve are making. 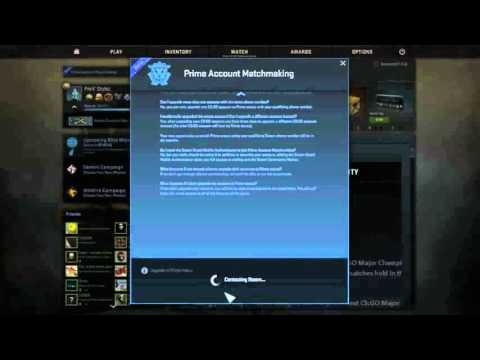 100 Play
By far the most exciting news from this update is the revamp of Prime Matchmaking. Prime allows a player to add a phone number to register their account in order to have less of a chance to play with smurfs and hackers. A new system implemented by Valve adds another level of complexity to this system. Valve looks at your team history, including team damage, reports, and game time, to determine what types of players you should be playing with in matchmaking. Overall, the update is a very promising one and I look forward to the testing and fixing of the new features. I am looking forward to not having anymore salty teammates that shoot me in the head if I forget to make a callout. Without the constant hackers and smurfs, gameplay will be improved greatly throughout the community and will encourage new players to come and play.
1509 0 Share
5.0 (1)