CS GO is a game with many different possibilities, levels of gameplay and types of gameplay. First of all you chose the type of gameplay, such as Deathmatch. You will then need to pick a map. Wait for the servers to connect. Then choose what team you are on, either counter- terrorist, terrorist or the spectator, in the picture below i'm a counter terrorist. You will have to walk around and explore the obstacles around around you, maybe with a few nasty surprises. In Deathmatch, you will have to try and kill members of the opposing team, therefore earning you points, which are crucial for the progression on winning the game. Three weapons are already given before hand, and you will be given some time to but some new weapon. Its simple. The more points a person has, the higher he is on the leaderboard. 10 minutes is the time given, so you'd better be quick to exterminate all the foes in order to win! 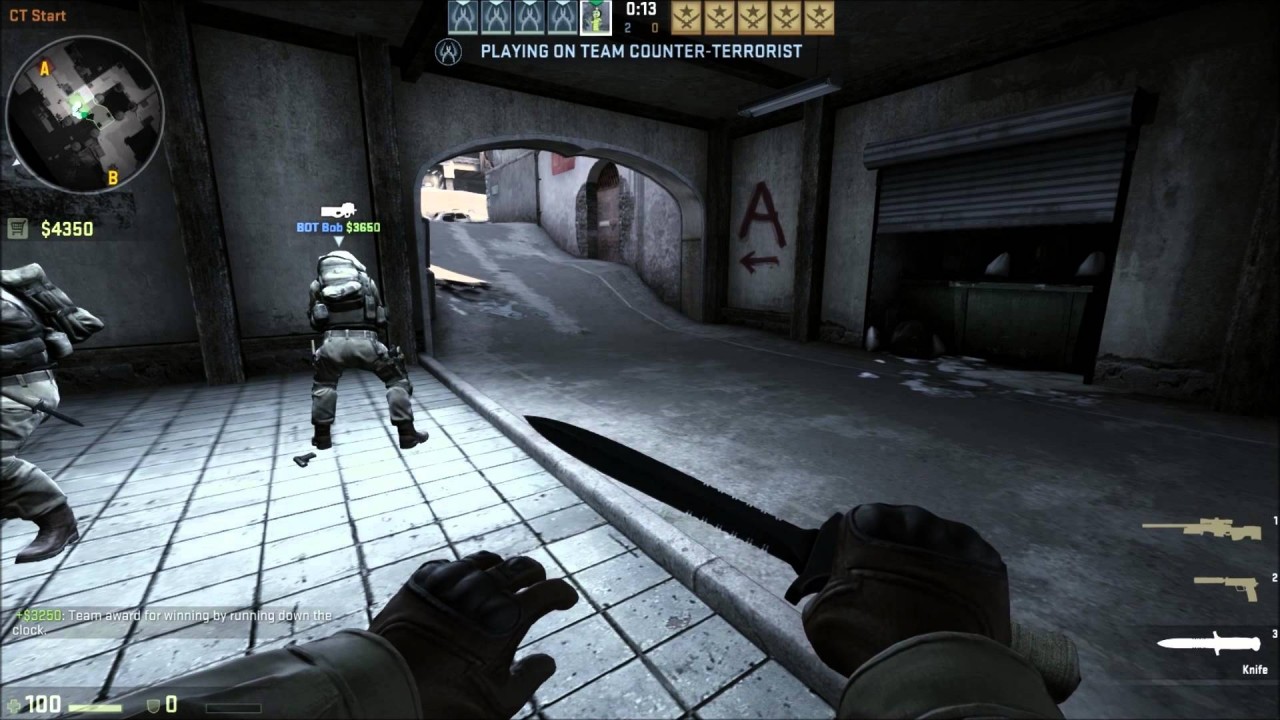 By playing this game you can get 100 Play
CS GO, a game filled with diversity has a different game mode, with a different aim, and in a sense is much more fast paced than deathmatch. If you are on the terrorist team, one of the members of your team is the bomber, they have the valuable bomb, which will need to planted later on. There are signs all over the place, to indicate where you have to go to find the planting site. Once you have found, plant it and protect it for 40 seconds. If someone from the opposing team gets close attack them. You win instantly if the bomb is successfully planted. If its not successfully planted, then unfortunately that is an instant loss. The counter terrorist's aim is to stop the bomb from exploding, which can be tricky to do, if the planting site is surrounded by heavily-guarded enemies which will need to be dealt by a couple of teammates 100 Play
Now, lets just get to the controls, the music and the miscellaneous stuff. The controls are simple, and pretty much like in any other game. Use the WASD keys to control your person and use the mouse to turn him around. To switch weapons, simply press 1,2 or 3. To shoot, click the mouse. The average soldier at the start of the game, is given a gun and a knife. Before the game begins, however, you are allowed to buy new weapons, which will only last through the round. These include machine guns such as the AK-47 and Long Range Rifles. You can buy weapons using money earned by killing enemies, planting the bomb, or wining. Even when you lose you also get money, just not as much. Well there you have it folks. With all of the basic rules explained, you can head off and completely conquer the opposing team
1270 0 Share
5.0 (1)