Elsword is a 2.5D anime-styled brawler MMORPG from KOG Studios. Jump into a world of wild adventure and child-like wonder as you beat the crap out of anyone who gets in your way. Explore dungeons with friends and strangers alike and test your skills in the arena in Elsword, a game that mixes cute with bruises in the best way possible!

There are nine characters in the game. Each character can choose between three class progressions at Level 15, and those classes will advance again at Level 35. Each character has similar but different properties and you choice may be about the abilities, not the character themselves. The characters take in the comic book style animation and explore the immersive worlds and dungeons, all while participating in either party based dungeons or extensive PvP battles that pair fighters against each other. By playing this game you can get 100 Play
Each level includes enemies and a boss and has an extensive and immersive storyline, including betrayal and relatives, (no spoilers in this review) and there is a hub world where you can buy items. My cousin got me into this game, she is really into it and really wanted me to play it and thought I'd like it. I wasn't for sure about playing it at first, it looked interesting when I saw my cousin play it but I wasn't really in the mood to download it. When I downloaded it, I'm already really enjoying it. It's one of those games where you're in a world with a bunch of other players who you can chat and befriend and you get to fight enemies like Wizard101 but it throws some creativity in there, it has a story for all the characters and you can create some guilds. The game gives you freedom to do what you want and is free to play. 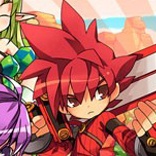 100 Play
You can use money to buy things like costumes or something, but you can't buy to enter different dungeons or whatever. The only problem I have with the animation is you can go through people if you are on them as if you were a ghost, which is typical cartoon animation. But other than that, the animation and character design is great.

Though, you're going to have to download it from the website, if you try to download it from other websites like the Elsword client site, chances are, you're gonna get a game that's a waste of time. There's not much things to do on it, there's lots of errors I had with it, its dialogue is shallow, not very many people play on it, and the game itself is boring. I didn't know of a way to turn the sound on, though. It's like a shadow of its former self. This game was rated as best side scroller 2011.
1306 0 Share
5.0 (1)