My Review of GoodGame Empire. Great or Bad?!

By playing this game there are many different benefits you will receive. For instance, you will feel like you are a king while playing this game. The game's many features allow you to choose any Kingdom path that you want. You can create custom unique borders and boss around your peasants. You also get to learn about the benefits of tax-payers and learn about economics, since you will be the sole justice for who obtains what money. It's a lot of stress to be the leader of an entire nation but you'll eventually get the hang of it. In my opinion, I would give this game 5 bananas out of 10 bananas. Solely for how much you can do and obtain during this game and the entertainment you'll get out of it. By far this game is good compared to other MOBA games but it just isn't the best game out there. By playing this game you can get 100 Play
As shown here I spent various hours to obtain level 8, the game was challenging at some points but was easy to figure out after learning how the code functions within the game. It will be a fun and interesting experience to play this game currently and in the future. By far this game seems like something straight out of an app game, and it is very rewarding to play. As stated earlier this extravagant game will teach you about economics and how to govern your own citadel. I am surprised that this a free game since it has so much potential and could possibly become a pay2play game. Possibly adding new features to this game such as dictatorship of your citadel or even communism. I think it would be fun to role play as a communist or dictator in this game and it has the potential to become something greater. 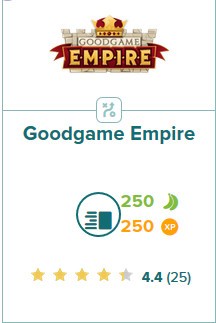 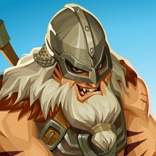 100 Play
As shown here the rating for this game is 4.4/5, I think that is a fair rating for this game because the banana points given for it are very rewarding and the game play feels smooth enough to become an actual hobby that the user will eventually get to playing. Possibly becoming addictive. I think the potential that this game has compared to the other games made by this company are staggering. This could become so much more of a game if they added more features and made it feel slightly more rewarding and smooth. The graphics are fairly clear and easy to see but they definitely could be improved later in the game's future. I think this game could eventually become a masterpiece if it becomes more well-known and more people start to play it commercially. It could even become a popular trend on YouTube!
1137 0 Share
5.0 (1)