How to Start Well in Grepolis

To give some context, Grepolis is a game where you must become the ultimate ruler of the massive archipelago you spawn in. But how do you that? Well that's what you're here for aren't ya.

First off, stop thinking that this game is any different to other games like Clash of Clans or Boom Beach (both great games though). This is exactly the same concept, just with a different theme put onto it, this time being an ancient Greek setting.

Once you've got that down pat, we can start playing the game. The first thing you want to do is FOLLOW THE QUESTS. Don't try to do your own thing straight off the bat. No, that's how you're progress gets slowed and there's time for that later. When they want you to build a lvl 10 quarry, then build a lvl 10 quarry. It does get to the point though that the quests completion time takes a few days or so, and when it gets to that point, that's where your freedom has arrived. By playing this game you can get 100 Play
When you do get your freedom, there are a few things you need to make sure happens so that your long term survival is assured.

1. Find a smaller alliance (3-10 people) and see if they are active. If they are, try to become a leader with them. Later on, your alliance will get bigger and you could merge with another bigger alliance and you would be one of the select few who get to go.

2. Build a strong enough army to raid on your island while still able to defend yourself so that once you're out of beginner's protection your not easy pickings. Obviously, you should be getting the farm villages as well, so keep grabbing them and use them for either resources or units. Just make sure you leave enough population for the things you want to build because you don't want to keep upgrading your farm. That thing takes an awfully long amount of time to upgrade and it is a very painful process if you're doing it to get something else! 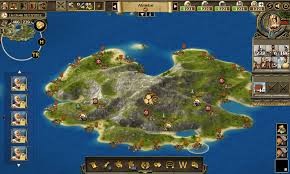 100 Play
3. Pick a hero that will benefit you in the long run. Sure, picking Poseidon or Zeus can be fun, and both are very helpful during times of war, just choose Hera for now. Since it takes such a long time to build up favour, and you're not going to war anytime soon (even though you may think you are, you're probably not), I've found it is much easier to just stick with her for a while until my city gets over 2,000 or 3,000 points.

4. Don't go headhunting too soon tiger. This is a patience game, and if you go or someone in a large-ish alliance or has some serious points behind their name, you're going to be taking on more than you can chew. A good rule is, when you go for someone, go for some no more than 1,000 points more than the city you are attacking with, and make sure that you have a solid alliance behind you.

So basically, if you stick to those 4 guidelines you are on a track to success in the game of Grepolis. I think it is a game everyone should try out, especially if you've played games like it because you will definitely enjoy it.
3290 0 Share
5.0 (1)