The Crystal Desert is made up of five “zones or maps” that are all as unique, as they are beautiful. During my time exploring each area and questing, I literally took the time to just look around at the stunning visuals. Crystal Oasis, which is a densely populated desert city and is located near the shore, while other areas like the Desert Highlands are quite the opposite. The Highlands, located north of the Oasis, are mountainous areas filled with dwarven relics but are sparsely populated. players will have to partake in the event “the Sacrifice” prior to entering the area, but once that is complete, they’ll gain full access. The other three areas are The Desolation, Domain of Vabbi and the Elon Riverlands. Aside from these new areas, the Crystal Desert in PoF also introduces Season 3 of the Living Word storyline. 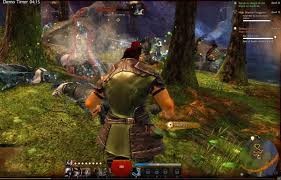 By playing this game you can get 100 Play
This new storyline introduces the aforementioned open world maps, two new raids and three new Fractals of the Mists. Prior to Path of Fire, players took part in events that have left the Elder Dragon Mordremoth, the Jungle Dragon, dead. Guardian: Firebrand
Revenant: Renegade
Warrior: Spellbreaker
Engineer: Holosmith
Ranger: Soulbeast
Thief: Deadeye
Elementalist: Weaver
Mesmer: Mirage
Necromancer: Scourge
Basically, with these new specializations, you can play you level 80 character in new, exciting ways. The elite specialization allows for completely new play styles, and some really cool new weapons. Having played a Ranger, I can say that Soulbeast, at least for me, was awesome. With Soulbeast, I was able to merge with my pet in what’s called 'beastmode', sadly no, I didn’t turn into Marshawn Lynch, as cool as that would have been. However, I found it cool too, that when merged, I still got to keep my dagger in my main hand. 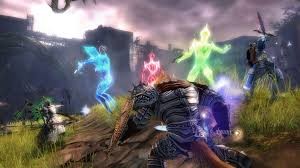 100 Play
Another feature that I found interesting was that after merging with your pet, your abilities will be different based on the pet’s family, i.e., bear, bird, feline, etc, and not a specific pet by name. In any event, I found these new specializations really cool and it makes me want to do it all over on my alt, who’s a Guardian.

While there are other new features, that I could spend even more time talking about, like a new guild hall, adventures and bounties, it’s the addition of mounts that is probably the biggest addition that people love to talk about.

Mounts are nothing new to MMOs, they’ve been around for years, if not decades. So it would seem odd that after releasing both Guild Wars 1 and 2, it took ArenaNet two expansions to bring the popular feature to their game. However, the wait was worth it. Mounts in PoF don’t just provide a cool aesthetic and a speed boost like every other MMO (though they totally do), in Guild Wars, they actually serve a purpose and help you play the game and traverse terrain, that would otherwise be impossible.
1082 0 Share
5.0 (1)