My review on Guild Wars 2

Guild Wars 2 must be one of the top mmo's of this generation. It is jammed pack with content that will keep you busy and wanting more. If I was to rate this game out of 1`0, I would give it a 9 only because lets face it not every mmo is perfect.I can’t recommend Guild Wars 2 enough. It’s no secret that GW2 has been one of my favorite MMORPGs for the last five years, but Heart of Thorns really tested that notion for me. Path of Fire puts things squarely back in the right direction for ArenaNet’s flagship. The Mounts, the zones, the Masteries, and the story all bundle up together to make one delicious stew of gaming goodness. For $30 (Standard Edition), you really can’t go wrong. Welcome back to the best of the best, Guild Wars 2. Keep it up. I love this expansion! In my opinion right now the best mmo out there. So much detail and amazing artwork. if you are not sure if you wanna come back or start gw as a new player.. dont hesitate. NOW is the time! :) you wont regret it. Collapse

By playing this game you can get 100 Play
Guild Wars 2 is now free. You can download and play it right now, for nothing. But rather than a full free-to-play transition, ArenaNet is instead changing what you pay for. The initial game is free, but expansions are not. This game is jammed pack full of content that will keep you busy that for sure. Guild Wars 2 is also the successor to the original Guild Wars.Guild Wars 2 is a great game for an MMORPG that’s now five-years-old. For anyone like myself who missed out on the game during its original release, I’d recommend trying it out now. You won’t get as much out of the story as long-time fans or people who have done their homework but you’ll still be able to enjoy the game’s great visuals and huge amount of content, which now makes it even greater than before. An MMO that actually care about story, about crafting a world. No gear treadmill, no Pay to Win, just playing the game. Sure, the PVP and WvW (three way server battles) could have some more time given to them, but for a beautiful PVE experience you cant do better than this game. 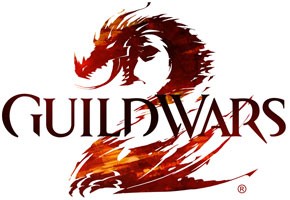 100 Play
Guild wars 2 has released 2 expansions since initial release. The heart of Thorns, and Path of Fire both packed with many new quest and areas to explore. Path of Fire is a much better expansion than Heart of Thorns, and the best part about it is it will only set you back $30. The Guild Wars 2 base game is already free to play, and if you want both expansions, you can get them combined for $50. You are essentially getting years worth of content for the price of one game. If you have already played Guild Wars 2 before but have left for one reason or another and are on the fence about returning, I could not recommend a better time to come back. The Guild Wars 2 of 2017 is a very different game then you probably remember, and that's a good thing. Change in MMOs keeps them fresh and fun for years to come, and Guild Wars 2 embraces this better than any other MMO on the market. Praise Joko! What are you waiting for jump in this epic adventure and join up with friends to battle the evil within. With the new mount system you journey through the world will be even more easier to explore. Choose your hero today and explore the vast of many classes within Guild Wars 2.
979 0 Share
5.0 (1)