Simple Review of League of Legends

League of Legends by Riot Games is one of the most popular games worldwide-- with a World Championship series providing players with hundreds of thousands of dollars in rewards! It's in a Free-to-Play game in genre called MOBAs, also known as Multiplayer Online Battle Arenas. These games combine fast-paced team combat with strategic positioning and power plays over objectives. This particular game includes over 130 different characters (called champions) to play, with up to 9 other players in a game! There are many ways to unlock new champions for your account: First off, there is a free rotation every week for newer players. This rotation allows you to find your favorite role and champion, and lets new players lean away from being forced to spend money to play. There are also two modes of currency. These are IP, the free currency gained from playing matches, and RP, the premium currency. IP slowly accumulates in your account, and you are eventually able to visit the store to check out champions of different price pints and find your match. RP is bought with real money from prepaid cards or direct transactions. Now that the overview is over, let's move on to the actual review. 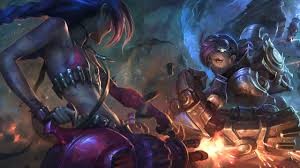 By playing this game you can get 100 Play
Matches take about 30 minutes to complete. However, you won't get bored. Combat includes a skill system of 4 skills that grows as you do, and the correct use of your champion's skills is imperative to win and succeed. The final objective of the game is to destroy the enemy team's nexus, a large structure each team has on their side of the map. You must first destroy three turrets and another structure in three different lanes to get to the nexus. While gameplay seems confusing, boring, or repetitive at first, you'll grow into the game quickly. The best facets of this game are in the artwork-- the map is a hand-painted, 3D rendering of the perfect battleground for the game. gorgeous visuals are also apparent on each champion, each having multiple skins to use. This is by far my favorite part of the game-- the whole thing is a large piece of eye candy! 100 Play
However, you can't just drop into the game-- this was my biggest pet peeve starting out. An outdated tutorial system makes an increasingly hard environment for new players, and many of the current community members are unhelpful to newer players, looking down on them instead of helping them. My experience with the game was a grueling first few months into a long grind for champion skill. However, don't let this dissuade you! The outcome is one of the most genuine, fun gaming experiences in online gaming, with the largest pro scene in gaming history (and it's still growing!). My two years with this game have been filled with memorable moments and great plays, and I'll be sad to leave behind this game. league of Legends is for everyone who enjoys a challenge. Be respectful and helpful to others, since we were all new players at one point. See you on the Rift!
1743 0 Share
5.0 (5)