The world of Metin consists of three empires: the Shinsoo Empire, the Chunjo Empire, and the Jinno Empire at war with each other; as well as a central, neutral zone4. The player embodies an adventurer in an Asian universe. The choice is made between 5 classes of characters: the sura, the warrior, the shaman and the ninja and the lycan,
who are required to complete quests in order to advance them in the game. These quests are based on the existence of the Metins, evil stones falling from the sky, making the life of the inhabitants dangerous.
The equipment that can be used or worn depends on the class of the character (a warrior can not use arcs) or the level of the character (a character can not wear one level weapons superior). Only shoes, necklaces, earrings, bracelets and shields can be worn by all classes.
There are even special equipment for women or men. All equipment is common to all Empires. At the beginning of the game, it is possible to access a warehouse. This allows to store some objects, or to release the inventory when the character is overloaded. By playing this game you can get 100 Play
Skill is the common word from English which means skill. These are essentially spells that can be neutral, master (M), grandmaster (G), perfect master (P).

-Neutral: They are mounted thanks to the skill points acquired at each level. It takes between 17 and 20 points for a skill to change from Neutral to Master.
-Master: We can increase them with different skill manuals. The base level is M1, the maximum is M10. It takes a book to pass M2, two books to pass M3, etc. Once the maximum level is reached, the skill moves to the next level. Reading textbooks may fail,
and the latter is limited to a daily reading.
-Grand Master: Red skills can be increased by using Soul Stones (one per skill level) recoverable from different Bosses and Metin Stones (from Soul Metins). A use of Soulstone, whether successful or unsuccessful, decreases your rank.
-It takes 10 Soul Stones to move from Grand Master to Perfect Master. The delay is one soulstone every 12 hours.
-Perfect Master: These are the most powerful skills. A skill in P is at its maximum. 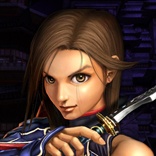 100 Play
Metin 2 is very much criticized by its community, especially for a large number of inconsistencies that have not been addressed since the game was released in 2007 (the so-called Kingdom War, which makes the presence of the three empires unnecessary).
The presence of these different Empires is also questionable since everything is identical from one Empire to another (NPCs, quests given, monsters met, classes chosen).

The game pushes strongly to the purchase because firstly of a strong temporal pressure imposed by the develop,
for example, waiting for a day to read a manual of competence, but also for the benefits provided by certain objects from the cash-shop such as the good of DC that converts the euro or other virtual currency (yang ) excessively. As a result, the player using cash
shop knows a game totally foreign to the one not having recourse. Similarly, at high level, a player must pass through the cash shop at risk for him to be greatly outpaced by other players, both in PvP PvE.
859 0 Share
5.0 (1)