How to build a nice house

Ever wanted to build a nice house in Minecraft?I will be teaching you how to do so.First of all, you can start out small as if you're doing this in survival mode it's most likely that you don't have a lot of resources to just build something to your liking with what you have.Once you have gotten to the nether, get as much quartz as you can! Quartz is one of the most popular and cool designing materials ever both in real life and in Minecraft. Make quarts slabs, stairs and pillars. Also get as much birch wood and dark wood as you can because those are the two most popular wood types for building things. Stone is another nice edition. Okay so first you want to start off with about a 3 to maybe 6 high block room.I would personally recommend 4 because you can jump and add things onto the ceiling if you want. 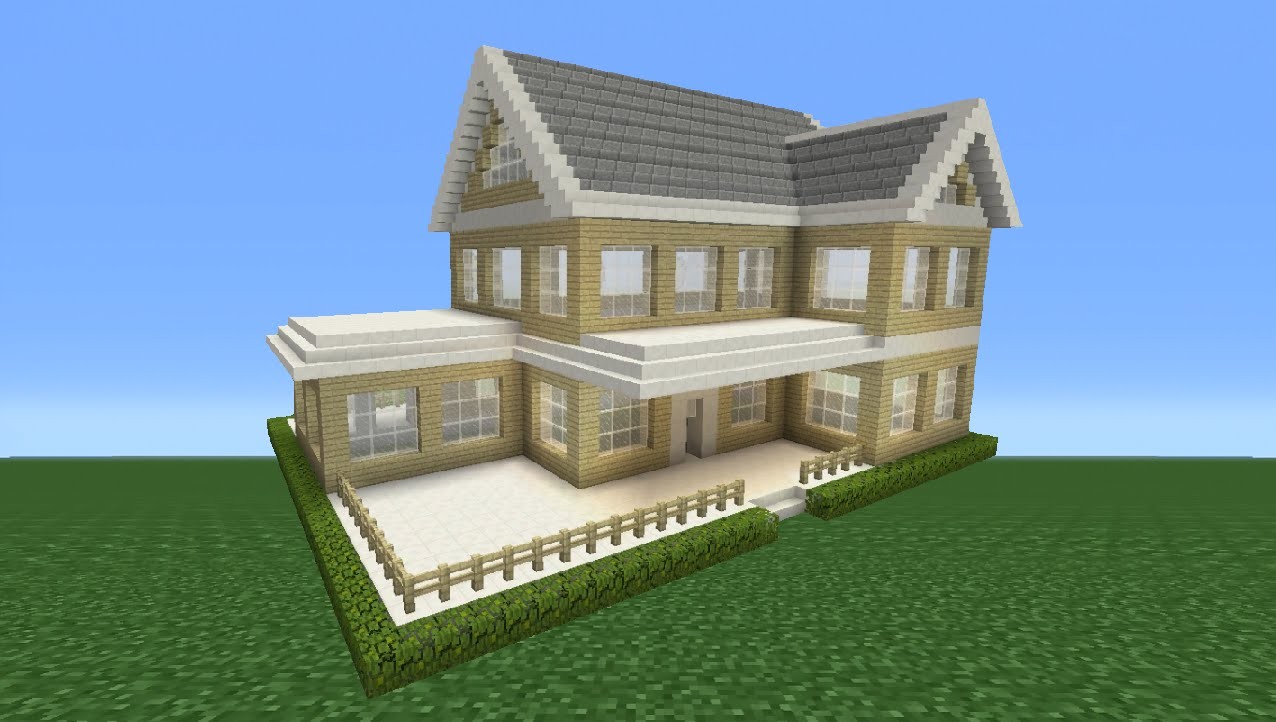 By playing this game you can get 100 Play
The house above as you can see has a lot of stone, quartz and birch wood.So once you have finished your room height I would say to make it at least about 8 to 16 blocks long and 10 blocks wide. In it, add some lively things like a bed, bedside table lamp and maybe a small 2 by 2 windows with a plant. It's your choice! Once you did with a room make some more in a similar way to the one you made before. If you instead want to make this room bigger then make it wider. If you are adding windows, I wouldn't recommend going for stained glass as it might look nice but it's hard to see through. use glass blocks or glass panes instead. Make the roof of the room out of quartz slabs and stairs and not just a flat surface as that looks very unmodern and not fancy enough. Fill in every other wall space that is not glass with dark wood (spruce) or birch wood. 100 Play
Once you have finished up the inside make a bit of things on the outside. Add a garden or front little patio. Get some fences to make it neater looking. If you can fashion up shears to cut leaves and grass then go for it. Leaves look like small bushes and are really handy at decorating. Once you're done with that, make the roof of the entire house. This is the tricky part because since all the rooms might have a higher roof than every other room it can be hard to level it out. Use stairs for the roof and not just regular blocks curving upward. Once you're done do you still feel like its just not lively enough like a real house? I thought so too. That's why I found a really nice and convenient one-command bock creation that adds moving fans, wardrobe, bathroom and couches plus lamps instantly to your world. It's by a YouTuber called TheRedstoneEngineer and IJA Minecraft. Search up their youtube channels and commands and follow their steps on what to do. My personal favorites are the fans and the kitchen stove. The fans actually move on the ceiling and it looks really cool. The kitchen stove looks real and is very handy! You simply throw a raw porkchop on it and it will cook it into a cooked porkchop, with smoke particle effects! I found that to be very cool.
9063 0 Share
4.0 (1)