Minecraft plunges you into a gigantic universe of billions of cubes. "Gigantic" is also a mild euphemism, since the map can reach a size equal to 8 times the surface of the Earth. In order to reduce the initial calculation time, the world is dynamically generated as you explore,
knowing that the software manages to create credible landscapes of valleys, forests, rivers, mountains, deserts, volcanic rifts, glaciers, etc.Dropped in the middle of this world from a spawn point that will remain the same for the whole game, you are not quite alone. During the day, they are sheep,
cows, chickens and pigs that keep you company. But as soon as the sun goes down and the night falls, terrifying monsters invest the place. The first time this happens, you're likely to be there before seeing the next dawn, when daylight ends up burning the skeletons and zombies,
to repel the creepers and calm the spiders. You will then understand the unique goal of Minecraft: to survive. 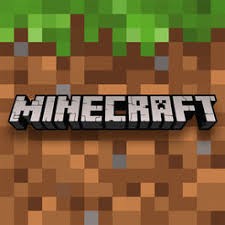 By playing this game you can get 100 Play
Your hello is the opportunity to take advantage of the surrounding resources: trees provide wood, rocks contain ore, chubby pigs can be cut into chops, etc. You can interact with almost all the cubes around you. To begin,
why not dig a hole in the hillside land to build a makeshift shelter like a Hobbit? To do this, it's very simple: in addition to its keyboard and mouse controls typical of most games in subjective view, Minecraft only allows you two basic actions.
These are the famous dig & drop, which you will repeat frequently during your adventure to harvest the surrounding resources and then use them on the environment. For example, if you want to cut wood, simply hold down the left mouse button in front of a tree section.
Once the log falls to the ground, you can pick it up (it joins your inventory), then put it where you want thanks to the right button of the mouse. This is how you build all your constructions. 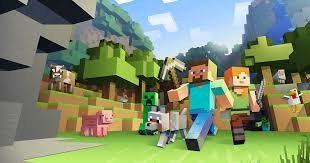 100 Play
As rich as the solo in Minecraft, the concept of course finds its culmination in its multiplayer mode. You can indeed share the experience with other players, whether on the classic version (free) or beta, and whether on a private server (personal) or public.
If the survival aspect is still running in the beta, it is already possible to have fun immensely by cooperating with other players to erect more spectacular constructions than each other, like a whole city with its neighborhoods, its canals, air routes and subway.
Some servers leave you free to create and destroy at will, exposing you to acts of vandalism of "grievors".
Others impose more restrictions: there are roleplay servers where managers have managed to set up an administration and an economy: parcels must be bought and motivated construction projects! Minecraft is also promised a bright future modding side: many game changes inside
, mappers, total conversions ...) are already available
730 0 Share
5.0 (1)