best game if you want variety

this free game called roblox is really fun because of its variety there is so many games to play you never know which one to play. so there is different game modes in roblox for example there is jail break which you either a prisoner or you are a cop. Then there is vehicle simulator which i a vehicle simulator in roblox. Then there are tycoons which is where you make money then you spend money on building the place like a McDonald and restaurants and stuff. then there are mini games which is like murder mystery and prop hunt which in murder mystery which like trouble in terrorist town if you know what that is. And prop hunt is where 10 or so people are props and there is one hunter and you go and find the props then tag them and they turn into hunters so they can find the other props.so there is a lot of variety in this game

By playing this game you can get 100 Play
There is also a bad word censor which is good if you are under aged and you don't want to see bad word. Also there is a chat system so if you want to make some friends go ahead. A cool little thing about roblox is that you can make your own game it is very hard to do this but if it comes out well you can get tickets which you can use to buy clothes and accessories. Which is really time consuming because they are pretty expensive. Also you can buy robux which is like shortcuts for each game but robux are bought with real money. Id recommend not buying robux because it is a waste of money in my opinion but if you have money to spare go for it. But you don't have to spend money to have fun its just a shortcut and you can also buy rare clothing with robux. overall this game is good if you like mini games. 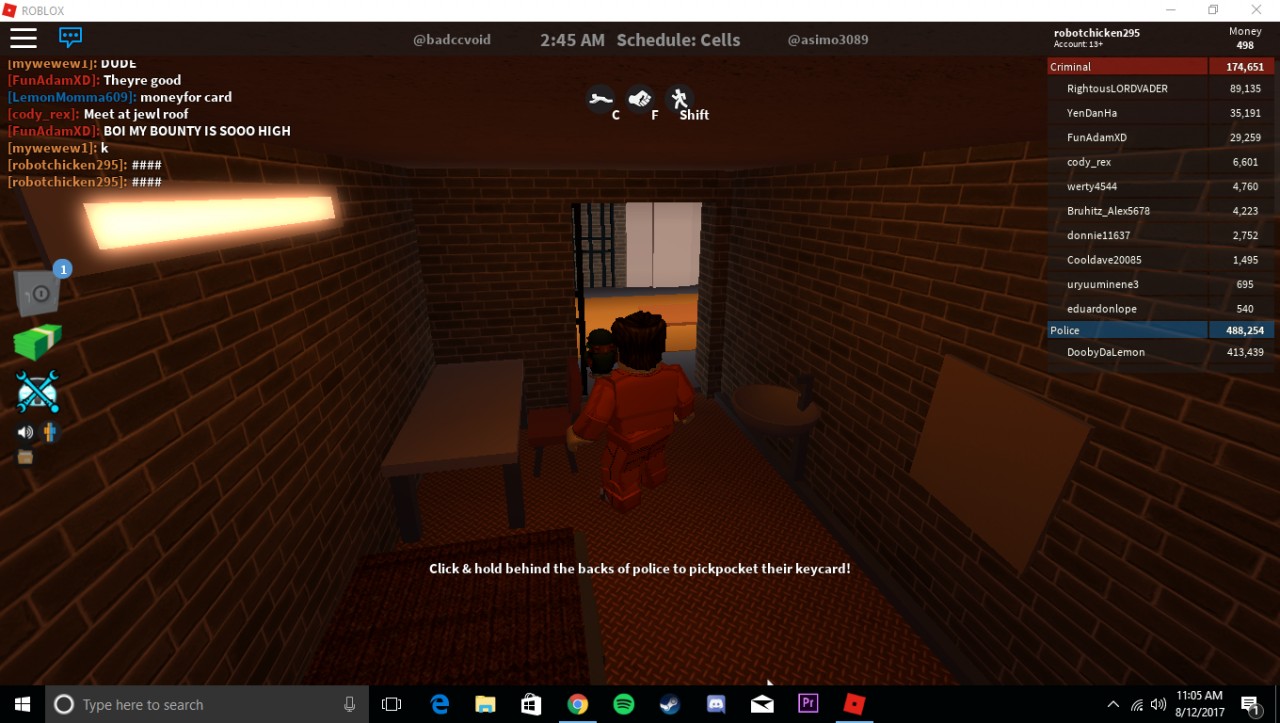 100 Play
After all roblox is a really fun game and i recommend you go and try it you will like it a lot. It isn't a hard game but it does take some getting used to. There is also obstacle courses game modes which is really fun probably one of my favorite game modes because its just really really fun in my opinion. So this game has tons of variety and i havent even mentioned like half of the game modes in this game because there is just so many game modes that it would take up this whole page or like 20 pages which is a lot of pages. Yeah so this game is really good id recommend to you id rate this game 8/10. so this is my review on roblox i hope you guys would like to get this game and support the developers because it is a really fun game and everybody that plays this game enjoys it for the most part.
1556 0 Share
5.0 (1)