ROBLOX: The meaning of Enjoyment

ROBLOX claims the hearts of every player by allowing users to create and make ROBLOX its own game (sandbox) inside another game. It's a game based on an almost parallel dimensional game full of endless possibilities. Some games more advanced with scripting, and others more detailed and textured with customized themes and models. Personally, I've been fond of the shooters such as the likes of Phantom Forces. Phantom forces it's unique due to originality and has undoubtedly the most thrilling fps you'll experience on any platform of gameplay. The feel is fantastic and the customization of weaponry exciting. Aside shooters you'll experience immersive gameplay in the different virtual worlds. Each world throws you different challenges and others are just there for social communication. Role-playing is for the imaginative socialists and groups allow for you to take your part in activities and also allow you to grow in ranks and really show who you are. My overall review of ROBLOX is based on the players feel and model. I've played since 2012 and created my account later on in 2013. Personally, the flaws ROBLOX has is the consistent lag and Textures/Graphics, integrating more graphical options would really give a huge boost in that immersive gameplay. 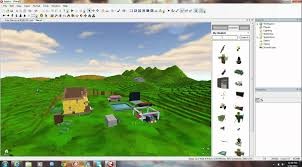 By playing this game you can get 100 Play
Gameplay: ROBLOX has many open worlds to immerse yourself in. There are many things you can do in ROBLOX no matter if you're struggling to choose a game or being a developer and stressed out. Open worlds have many categories, some even have multiple categories which enhance that gameplay and gives a boost of gameplay. I myself remember enjoying the comforting feel of Pokemon Brick Bronze due to how original it was and unique its gameplay had. But honestly speaking Phantom forces will always be the winning candidate for me. In the game, physics are made by the users. Scripts, models, and worlds are created by developers and brought to life for everyone to see, play and just generally interact in. As stated before, groups are a major part of ROBLOX. You can decide to raid, fight or socialize calmly without any in-game conflict. Groups allow for you to meet others and to grow your social standing in ROBLOX, create you a whole new in-game life if you'd like to say. All you have to do is find what suits you and from there you may begin a legacy as a group leader or become known for your popularity as a developer.

100 Play
Graphics: As I mentioned previously, my personal issue will always lie down with Graphics functionality in ROBLOX. It's too plain for such a beautifully laid out game. Some games are rated by graphical appearance and it's what catches the eyes of players. The graphics settings range from 1-10 but even 10 feels like it's lying at a low point of visual enjoyment. A huge downside for me is when games drop their graphics yet have so much potential. I remember having to manually install a texture pack that proved to show a huge difference. Even though that was the case, I still felt like the game was bland, no sauce and no spices to bring out the saucy flavor. Many computers can handle ROBLOX at high settings but an update should be put in to allow for developers to control the pieces used and allow the texture of models to change. As from Right now though, the Graphics are not something I personally enjoy.
1354 0 Share
5.0 (1)