The Many Features of Roblox

Roblox is a wonderful websites where people can make games, play other people's games and friend eachother. You can buy the Roblox currency with real money. It is called robux. You can use Robux to buy clothes for your character or things in other people's games. If you pay robux, you can make your own clothes and sell them. Roblox especially targets children to buy robux. There is also something called Builder's Club where you can get special features and robux. It used to be really big but now it isn't that popular. People grow out of robox and others join in. Just because you aren't a child anymore, it doesn't mean you can't play Roblox. Many youtubers play it and some even livestream it. Roblox is still and will be for a while a very popular game. They have now even released Roblox action figures. 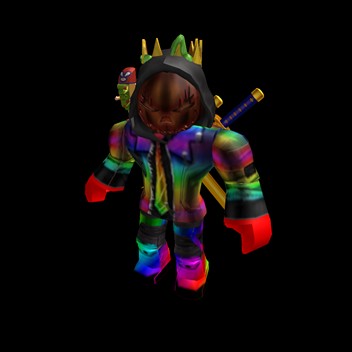 By playing this game you can get 100 Play
Yes, Roblox is a site that young children enjoy but it is also a site for very rude adults. The thing with Roblox is that because you don't know who you are talking to, people buy clothes to look cool and lie to others about their age. These people can trick children into giving them private details about themselves. They may say "I'm a handsome boy who is ten years old." People believe these guys and friend them. This is where it starts to go wrong. You can privately message people if you are friends with them. These people could say "What is your Discord name?" or " What is your Skype name?" and if the kids have one of these website accounts, they could use voice chat and send images. Those images could be of anything. But It's not like everyone is like that. Just some people have to ruin the fun

Credit to Roblox Support for picture below. 100 Play
Some people are extremely skilled at making games and get lots of people to play the games and buy things on there. Their games are on the most popular charts for weeks. It seems easy to make games but it isn't that easy to someone who can't really code. I'm not saying you have to know coding to make a game but it helps. Most of the skilles Roblox game makers are adults who can code. They make shooting games, role playing games, obby games and much much more. Some of the most popular games are tycoons. Some people are very good at these games. Some aren't so good. Some are just too good to be true and are hackers. Roblox does have a few hackers but it's not like they are everywhere. Most of these hackers aren't really bad hackers and they only have speed hacks or invincibility hacks but some of these hackers steal robux or make hacks. One of these hackers went to jail.