Tricks and Tips to Rocket League, given to you by somebody who doesn't even play!!!

I don't play Rocket League, but it's one of those games which I really do want to play. I play a game on my tablet called ROCKETBALL CHAMPIONSHIP (You can find it on the app store or google play), which is pretty much the same thing, I realised that at the start of a game, you should do a 'beginner's' move and boost to hit the side of the ball so you can give the ball a curve and knock it into the goal (but only use this technique if you started at an angle in which you couldn't boost the ball straight into the goal), I generally win games at an average score of 5-1, I am very good at the game, so if you're playing and you see the name 'KING OF THE CARS' or 'TobyPlayz5' (On Rocket League), then that's me, and if you're on my team, you're going to get a goal, and if you're on the other team, then you are going to concede a goal. I play very often on the weekends. So that's when I am usually on 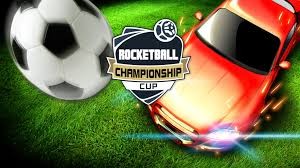 By playing this game you can get 100 Play
Rocket League is found on Steam, Xbox Store and Playstation Store. I play different games on my Xbox One and I don't play on a PlayStation. I play Star Wars Battlefront (Pre-Order: Star Wars Battlefront II(2017). Coming out on November 17(Standard Edition).) I think Rocket League is easier to play on Xbox, but I don't have it on Xbox, but anyway onto a new tip and/or trick... how about the one. When the ball is about to go up a wall, jump over the ball hit the wall, and then let the ball bounce off you and stop the opponent from hitting the ball off the wall for a cross into his teammate(s), this is called a 'block'. I use this technique not as much as I should, because usually players go AFK after I score two goals more the they have. The AFKers piss me off, but I still go on for glory. After all, the more the merrier. 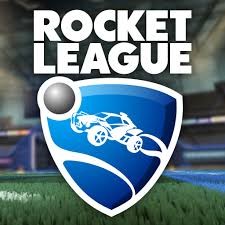 100 Play
Finally, I have to say, don't worry if you lose, you still get experience for getting goals, assists or even a bicycle kick, so if you don't win but get lots of first touches and volleys, you could still buy better cars and just look generally better, there are a lot of bodies (main part of cars) which I have seen, which just look AMAZING! This just shows that Rocket League has amazing graphics and even better gameplay, so I highly recommend Rocket League just for the graphics, gameplay and chances of making new friends, I made a friend after watching him watch a YouTube video on Rocket League (believe it or not, that's when I first ever saw Rocket League gameplay, in which I fell in love with the game immediately) I thought the game looked unbelievable and started having a huge fascination to the game, but anyway that's all I have to say, so thanks for listening and have a nice day!
1561 0 Share
5.0 (1)