Hello, so I am going to write a review today on the game S.K.I.L.L -Special force, This game is by far one of the best shooter games out of all of all the first person shooting games out there, I think at-least. I did enjoy playing the game, it was fun, I love shooting games, so it was not bad, a-lot of the weapons, are really fun to use, I spent a lot of time in this game, it was a real good experience, I hope other players like this game, so it can get better ratings, It's pretty much the basic 1st person shooter game, but I think it's one of the best out there, by far well that's in my opinion, once again this game is one of my favorites so, yeah I like it, a lot. some times you might get a little lag but I think it's computer /hardware side related, so if you have a good computer you're all set!

By playing this game you can get 100 Play
As far as the in game stuff go's you want to watch out for the campers, they are always in the same places at-least, so once you learn the spots, it is not that big of a deal, the in game weapons are really cool you have so many choices once you get set and start progressing in to the game, so I would recommend it for this reason, also along with that this game has a nice community but within that lies a few try-hards so if you're just a casual gamer be prepared to get your butt kicked, well unless you're ready to sit down and dedicate some time to the game. - Either way I think you will enjoy this game, if you try it - so last thing - make sure you pick the right region when you play, it can help as far as FPS gos, below I'll include a screen shot of the region select page, so it may make it easier to find it. 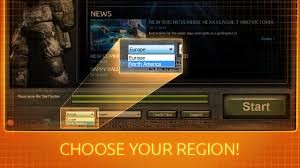 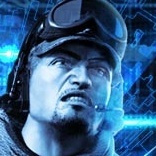 100 Play
Ok. so this brings us to the end of the review, once again i really enjoyed this game, it is one of the best first person shooting games, - that I have played by far, so I am hoping others will like this game too! so the ratings can get higher, and more updates will be released, more players might join, the servers can be a little dry lately, but it's not a big deal you can still get in game fairly quick, and well among the pros and cons to this game I think the pros heavily out weigh the cons, for one, the pros to this game bring the Player VS Player environment back in to games, like they have been lacking for so long in my opinion.
and for two, well it is definitely worth a try, so if you haven't at-least gave this game a try, I suggest you download it right now, - and give it a shot! - god speed and hopefully you guys enjoyed my review
1149 0 Share
5.0 (1)