Counter Strike Global Offensive known us CSGO is an online first person shooter (FPS) with a cool ideea of gameplay in a addictive way.

it is a good proportionated game starting with the guns for each team side, guns damage and recoil, the sizes of the maps are also well builded according to the speed of the players . The game has a rank sistem starting with silver rank and finishing with the global elite rank which can be modified by how good u play in the competitive matches (ranked matches). Guns have a lot of skins to choose from which can be either dropped at the end of online matches or buyed trough Steam-Market or other CSGO-SKINS sites. The game itself have a lot of playable maps to choose from accordng to your tastes; each map has different sizes, styles, sounds. The game is not bad. But a lot of cheaters. The ban system gives the impression of releasing tricks. Every time after the update, in the first days, you play against cheats in 2-4 out of 10 matches ... You throw reports, but the notifications practically don't come. Several times I had to play against those I had previously reported. Even the other day I had to play against such. He threw a report to the entire enemy team about a month ago because he fired through the smoke and the walls on his head (90% of the blows to the head) constantly came out on his head. I watched the demonstration and it obviously has a self-guide and an entrance. But he did not receive a ban. There are also problems with schoolchildren. But most are just toxic whiners who either ruin the ice rink or try to offend everyone referring to close acquaintance with your relatives and claiming that you are either your relatives who are not of traditional orientation. For those who think that there are no such at prime or less, you are mistaken. If you think that 1000+ hours and a high rank there are no cheaters and toxicavs, you are also mistaken. If you evaluate the game on a 10-point scale, then after it became free and now is a 4 out of 10 game. 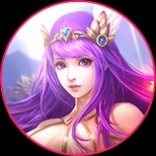 I play CS: GO game since the skill groups (ranks) appeared in the winter of 2012. Until the Payback operation, by default, the skins on the weapons, I didn't play at all because the game seemed very poorly optimized.

I started playing with the Indungi Administration (TucsoN / iBen), they also urged me to buy my first Payback operation, but then I couldn't conceive the idea of ​​putting money into a virtual game (I don't even perceive it at the moment ).

I started to like the game since the second Pheonix operation was introduced, but given that I had a rather weak computer, I only played the Nuke card and reached the "performance" of 30/40 FPS.

I only played this folder until I learned the positions. The FPS in the game doesn't help me much .. when I was 1vs1 with M4A4 / Ak47 my game crashed and I didn't have so many chances to take the enemy so I started playing with P90 listening to my friends' advice.

I bought the second "BRAVO" operation because you had more chances to drop the weapons / boxes plus the facilities it offers. After that I started to like that icon that it automatically gives you when buying the operation and I started to collect each badge / icon / operation. Why did I like the idea? Because it counts all your matches / mvps in addition to the facilities offered by the operation itself, which offers you a financial development gateway. So this is where the trades started.