Star Wars The Old Republic is a Free to play MMORPG based off of the movies Star Wars and was made by BioWare. While the game is based off of the Star Wars movies, it isn't necessary for players to have an extensive knowledge of the game. I've played it for a while and enjoyed it without knowing much about the movies themselves. There are Eleven species that are playable: Cathar, Chiss, Cyborg, Human, Miraluka, Mirialan, Rattataki, Sith Pureblood, Togruta, Twi'lek, and Zabrak. Classes can vary from each faction and will decide how your character is morally aligned as well as their backstory. Though it does lock you into a certain backstory you still have a lot of freedom with how you play you're character and what choices you make. This helps the RPG element of the game a lot because you have so many options. 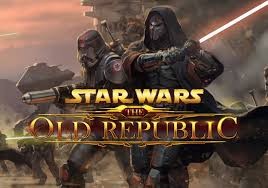 By playing this game you can get 100 Play
Unlike a lot of MMORPG's out nowadays the game is very story driven. While this can be boring for some players, it makes it different from a lot of MMORPG's on the market. For those who do like Star Wars, the game revolves around the canon which can add more to the story for people who are fans of the Star Wars movies. There isn't anything taken away from the game if you don't enjoy the movies though. The game is free to play although there are micro-transactions in the game, but most free to play MMORPG's have them. They have to make money some how. The combat system is also interesting and exciting to use and play around with, no matter what class you decide to play. The characters in the game are interesting and like I said before it has a large story that most MMORPG's are missing these days. 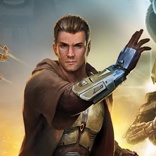 100 Play
Like all games, even those at Bananatic, there are faults to it. One of the biggest ones is the micro-transactions in the game can restrict a lot of content for both free to play players and people who do pay money. If you're okay with spending money on an MMORPG this would be a great one to spend it on, but if not it can be challenging to catch up to those who do pay. There is also not a lot of mechanics that most MMORPG's have. It can also seem very similar to other MMORPG's that are out there in terms of style and combat. Other than these things the game is fairly good. It has a multitude of content available to those who want to play freely and even more to those who decide they want to pay to get extra. If you like story driven games and MMORPG's this is a good game for you. Especially if you are already interested in the Star Wars universe!
1484 0 Share
5.0 (1)