Free to play, pay to win? A word on the microtransactions

This is a free to play game, and as with a large portion of free-to-play games, it sometimes turns out they are pay-to-win, requiring large amounts of microtransactions in order to make significant progress. If you read the Steam reviews, there are a lot of people saying that it is P2W. In my opinion, it really isn't.

Let me start by explaining one of the core mechanics of the game: construction and research. Progress in the game revolves mainly around villages and the research tree. For each building you construct in a village or research you complete, the time to do the next one increases. When you first start the game, construction/research is very quick, and you can feasibly be waiting around 1-2 minutes for your next thing to complete. However, it quickly reaches 10-15 minutes after playing for a short while. As there are limited things you can accomplish when you begin the game, there isn't a whole lot else you can be doing while waiting for the next building/research. This means you really do start to notice the wait time. By playing this game you can get 520 Play
It turns into a game that you play while doing something else, such as watching TV or even studying, as you can come back every 20+ minutes or so to complete something else. After playing for a while (perhaps a day or so) construction time will reach over 1 hour. Your 'Kingdom' will be getting stronger at this point, so there are more things you can do while you are waiting (farming honour, fighting AIs, scavenging the map, trading etc.).

I described the building/research time in such detail because I wanted to drive home the importance of the PREMIUM TOKEN. The only real-money transaction that (IMO) makes a large difference is the premium token. It enables building and research queues, meaning you can queue up to 5 buildings & research at a time, as well as have other tasks completed you for automatically. To keep a consistent token on, it would only come to around a few dollars a month. While it does significantly accelerate your progress, you can still grow your Kingdom at a decent rate without it (like I did). 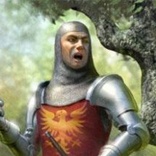 620 Play
The other aspect of the game that also requires payment is the card system. There are hundreds of 'cards' that give all sorts of different bonuses, ranging from resource production boosts to instantly hiring an army for free. While the main method of acquiring cards is buying them (naturally), you can still get a lot of them for free. And honestly, sometimes the cards themselves aren't always all that useful.

Personally, I have over 500 hours on the game. Not all of them were spent playing, a lot were from leaving it open between checks. Most of my playtime was free, but I did pay for some premium tokens because I was really enjoying it. Just to be clear, this game is not one where you can play for hours on end, fully immersed. This game is more of a “log in, complete some things, log off and come back later.” If you like this style of game (real-time, empire builder), I would recommend it. However, just be warned that in order to make significant progress, you will need to pour in a lot of time (and perhaps a little money!). It is not, however, totally pay to win.
1531 0 Share
5.0 (2)