Tom Clancy's rainbow six siege is the newest instalment to the Rainbow six franchise, it boasts intense tactical shooting and violent firefights but does it really hold up to be all it is said to be?

First before looking at anything else Can you run this game? Rainbow six siege does not need a titan graphics card, i have a gtx 1050 and it runs ultra graphics 60 fps so it is not too intensive, but i do recommend using v sync because my frame rate sometimes tears, on lowest graphics you could most likely run this on a 550 and get a solid frame rate, so you shouldn't worry too much about your rig to run this. second, you will need headphones to get maximum experience for this game, honestly if you don't have a decent headset this game will be a lot lees enjoyable, it just means you are hugely disadvantaged when the enemy team creeps up behind you and kills you whole team. onto game-play 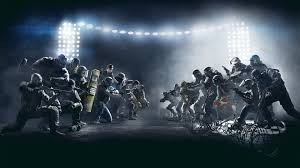 By playing this game you can get 100 Play
Sieges game play is very smooth, it is easy to pick up but hard to start, at the start one of the most frustrating things is starting off with a crappy starting operator while the whole enemy team has all the premium operators, but never fear with a decent team and a huge amount of luck you should start off fine. there is a huge amount of content for a game like this, all of the operators are uniquely different and each bring their own contribution to the team, siege is also HUGELY based on teamwork, if you don't work as a team you are not going to win any matches so you have to learn to get along with people in the game, siege is also hugely skill based, you are going to need to drill terrorist hunts to get enough good skill to destroy the leader boards. the game play also encompasses a sense of anticipation as you wait for your enemy to walk right past you and fall into your teams trap is one of the best feeling ever. 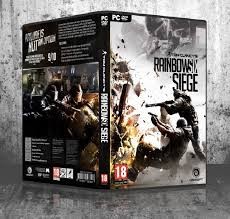 100 Play
In conclusion to my review of tom Clancy rainbow sic siege, i believe it most Certainly worth buying, here is a brief summary to show you what i mean: Rainbow six sieges addicting game play all comes together in one giant mash up of shooting, being shot and chased around the map by a terrorist with c4 strapped to him while trying to save a high value hostage which is guarded by another 3 terrorist which are all trying to snipe you as you try to escape the terrorist trying to blow you up, as you run inside still being chased you come across the c4 room and get blown apart anyway 10/10 XD all jokes aside i believe that all the little things (and big things) in this game all come together to form one of the most frustrating and yet amazing tactical shooter made to date and will probably always be one of the best out there so if you do one productive thing today, buy siege (the full version not the starter!)
1741 0 Share
5.0 (1)