Trovians be seen to the worlds

Thanks to my efforts, there's now a basement in the Alamo. Not the real Alamo in San Antonio, of course, but the one I built in a cleft between two green hills while mosquitoes the size of Paul Reubens pestered me. You'll find the entrance just inside the main door to the left, and I've decorated it with the heads of the robots, dragons, and evil knights I've stumbled across on my travels throughout Trove's voxelated vistas. I probably would have added a guest bedroom in there, but once again, Trove's queues kept me from playing.

Yes, this is another voxel game. Even the most cursory glance at Trove's voxel-heavy landscapes and characters is enough to determine that it owes some heavy debts to Minecraft, and as with Minecraft, exploration, and crafting lie at the heart of the experience. but its great. By playing this game you can get 100 Play
Trove is a massively multiplayer roleplaying game created with the same brightly colored voxels that define Minecraft, and it's an appropriate choice for what it is. Much like the buildings, landscapes, and even characters formed with these blocks, it lacks a clear focus, especially when compared to its genre peers. Somehow it manages to exude a degree of flawed appeal even with these shortcomings, although I've found that its pleasures leave the best impressions in small doses.

You can dig through these voxels all you want with a mining laser, but no matter how deep you dig you'd be hard-pressed to find a story lurking underneath. Trove kicks off with a cutscene discussing some sort of spat between the sun and the moon, but it drops the concept almost immediately. It's a great game and I love it dearly 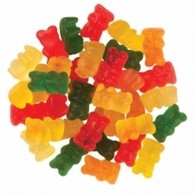 100 Play
Trove is a really fun game with friends, but a bit boring by yourself. The 'block-breaking' mechanic was unique to an MMO, and I think it adds a lot of depth to the game.

However, this game is very hard to understand for beginners - I had a hard time finding my way around and understanding what to do. However, with a few experienced friends on skype, you will quickly get the hang of the game is a little bit flawed, but still, this game remains really fun. It has diverse classes, ok building mechanics and fun weapon forging. The microtransactions are optional so you don't have to worry. Still, it's not perfect and has a lot of problems. But for what it is it's worth playing.The tutorial presented interesting concepts and got me interested. But unfortunately, after that, I made several attempts to play and was always met with server queues of more than 50 minutes to enter. Whatever the game, no matter how good, is not worth waiting an hour to play.
1223 0 Share
5.0 (1)