Hey everyone,
Thanks for taking time to read this. I'm just gonna be doing a short review on War Thunder, a very fun game. My friend got me into it and its immensely addicting! It is a plane game if you haven't noticed. You start by choosing a country. There are a few countries to choose from, such as Great Britain, United States, Germany, Russia, Italy, France Japan and so many more! You have to research planes so you can unlock the next rank! It is a very fun game! I recommend it! Although I've only started playing and have only inputted 300 hrs in the game, I feel like the time wasn't wasted and it's as if I accomplished something. I am now rank III in the German ladder. The flight physics and damage models are realistic to the very pixel due to the great work of the developers. However, the update for the naval combat has not been finished. If it were, I would rate this game 10/10. Right now it stands at a 9.5/10. Close enough 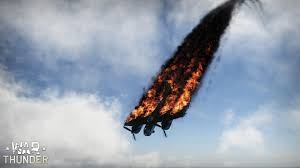 By playing this game you can get 3390 Play
As I was playing the game, I realized that it also had a tank feature! The tanks were really realistic as well. The tanks are really fun to play due to how realistically it seems. The damage models are very, very accurate. If I were to hit someone in their armored places, it wouldn't destroy the tank. However, if I were to aim for there fuel tank or ammo rack, it would light their tank on fire and potentially destroy the tank. One thing I didn't like was how the Russian tanks were always better than the German ones. I have picked Germany from the very beginning so I wanted to continue on with Germany and not unlock other factions/countries. The Russian tanks always seem indestructible. Sometimes, I hit them 10 times in a row and they still do not die. Sometimes, they hit me once out of nowhere and then I die immediately. 4150 Play
Let's talk about the air combat in this game. There are several modes; Arcade, Realistic, Simulator. I prefer arcade for now due to the fact that I am still sort of a newbie. I have tried all 3 and I despise simulator due to how realistic it seems. It seems almost impossible for me to take off with a mouse, until my friend tried 10 times and took off for me. Right after he took off for me, he handed me the controls, and then I accidentally crashed the plane. The planes are all very well designed. The developers have really put in time, sweat and effort into making this game. This game is a must play. It is not pay to win, however you can progress faster if you decide to pay and you are really rich. Right now, all I am waiting for is the update for naval warfare. If the update is implemented, I will spend money on this game
1178 0 Share
5.0 (1)