Warframe is a great game and is addicting!

warframe is a really creative game and has its ups and downs but mostly up's. warframe is a multiplayer/singleplayer game that you can explore around and customize your characters. you can play with your friends and experience the immersive game with a bunch of mates! one of the main reasons why the game is really creative is that they used their own ideas to make such an immersive game. you can play warframe on PC, Xbox, PlayStation4 and Nintendo switch. this game has a really good enthusiasm in it and you can just play by yourself. it first came out in 2013 and its story is well planted. it has been reviewed in many countries and also on many websites this game is just the epiphany of a really exhilarating storyline. this game has aliens in it too and not many games have aliens. 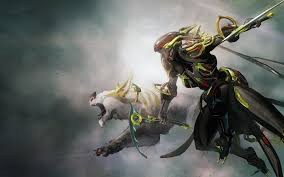 By playing this game you can get 880 Play
warframe is one of my most frequently played games and will be for a while. this game has a long life to live and when it dies it will still be cherished inside my heart. though the difference between Warframe and Destiny aren't very unfair. warframe is a co-op MMO game that has a slight difference to destiny. those are basically the differences. there are different things to do in Warframe than destiny and that would be would I want to be looting guns or do I just want to follow the storylines. this game is quite interesting with its chains, like a skateboarding game (Skate 3), flying through the air trying to get the highest score on the servers and trying to become the best at the game. also, the game has no limits. you can fly through the air while shooting the player on the ground. you can jump,dodge or break bullets that are heading towards you 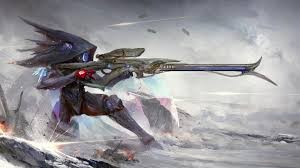 1060 Play
the problem is about Warframe is that they don't have a proper campaign, but most of the time you are grinding for planets and unlocking solar systems. but most of the planets you unlock you can do missions on there and take over that planet. make everything yours and claim it with your team! but the missions get tougher and tougher. sometimes you want to quit but you continue. It's a good thing that I'm moving so fast, or I'd be bored by Warframe's levels. It's not that they aren't pretty (some of the otherworldly vistas are suitably stunning), but they're just so repetitive. Missions are randomly generated corridors with aesthetics that match the planet I'm on, but they all look the same after awhile. It's a bit of a shame that a solar system spanning adventure is largely confined to claustrophobic corridors.
726 0 Share
5.0 (1)