World of Warplanes is a massively multiplayer online aerial combat game from developers Persha Studia. The game is free to play and originally launched in November 2013. However, it received a significant overall and was re-released in October 2017. It’s playable on Windows as well as via Steam, where it receives a Very Positive rating.
Although the game states it’s in early access, World of Warplanes already has a ton of content and a large fan base. As well as the main content of the game, there is also a variety of paid DLC. This gives players the chance to pilot all kinds of different aircraft.
The core mechanic of World of Warplanes is the MMO aerial combat. It gives players the opportunity to get in the cockpit of some of the greatest aircraft from the Golden Age of military aviation. Battles are ongoing and expansive, with 12 vs 12 battles for aerial supremacy.
There are five different aircraft types in the game, each suited to specific stles of gameplay. They all have their own configurations and behaviours, meaning you’ll have to spend time in each type to get to grips with the different mechanics. These aircraft span seven different military nations, including the UK, USA, Germany and Japan.
As you progress through the game and gain experience, you’ll unlock new engines, equipment, and weapons for your planes. You can equip these in a loadout that’s perfectly suited to your piloting style. You’ll then be able to test your mettle in the planes on a wide variety of maps, each based on real environments.
Whether you team up with your friends or face-off against enemy players, the gameplay in World of Warplanes is fast-paced and frantic. You’ll have to show all of your composure and tactical know-how to gain mastery of the sky.
Head over to the World of Warplanes website or Steam to download the game for free. Before long, you’ll find yourself taking control of some of the finest machines to ever grace the skies. 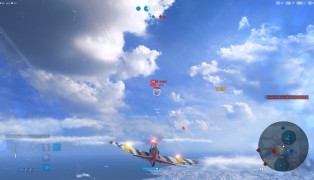 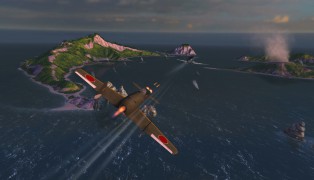