Welcome yet again to World of Warships guides i first must apologise for not being persistent with my guides due to the new rules of having to play 3 games to be able to write articles.

So lets begin. ..
The American Cruiser line will be having a split soon into another cruiser line, Heavy cruisers and Light cruisers which is the reason i am doing this guide so you can get your self a free tier 8 ship as the ship i will review today the USS Cleveland is being bumped up to tier 8 from tier 6. This will save you a bunch of credits XP and Time grinding. Firstly lets go over whats good about USN cruisers (United States Navy)

-Firstly the shell arcs of the guns from tier 6 up are incredible you just sail up to a island and loop shells over it at the enemy ships without being seen.
-The AA defence on the USN cruisers from 6 up is incredible and will be even better on the light cruiser split so if you have a AA captain use him you will empty the skies of enemy air craft.a
-The vast amount of consumable's you can equip on your light cruisers after the split. You can have Radar, Hydro and even AA defence mod.
-The guns are reasonably quick at firing and very fast at turning not to mention the rather high fire chance with your HE shells and the US AP is very very good you will be hitting citadels all round with those guns. If you can get Adrenaline rush onto your captain your fire rate becomes stupidly fast so i recommend it.
-USN cruisers are Destroyer killers. Nothing more to say about that they are equipped with Radar and Hydro meaning they can spot enemy Destroyers and spot the torpedoes fired by the enemy Destroyers allowing them to move out of the way. By playing this game you can get 100 Play
CONS.

-USN cruisers have very weak armour especially the new light cruisers which can be easily citadel'ed and penetrated so try not to rush into battle or you will die very quickly.
-No torpedoes. Yes USN cruisers in the higher tiers more specifically from tier 6 you have no torpedoes so your engagements should be well calculated as due to the low armour you cannot brawl with other cruisers let alone Battle ships.
-Low shell velocity is a factor that is like a double edged sword yes it allows you to fire directly onto the enemy ships super structure and hit citadels however it takes a long time for the shells to reach their targets so it gives the enemy time to manoeuvre out of the shells way.
-No smoke screen. Unlike the British cruisers who have smoke screens the USN cruisers do not meaning you cannot hide in a smoke screen and pepper enemy ships so you have to be smart with your plays.
-Grinding to get past the tier 5 ship. The Omaha at tier 5 was one of the worst grinds i have ever gone through the guns were meh the torps were bad the armour was bad the range of the guns was ok but when ever an enemy ship saw you they thought Yum and you would be deleted. Although i must admit it does teach you to play a smarter play style preparing you for the play style of the USN cruisers. 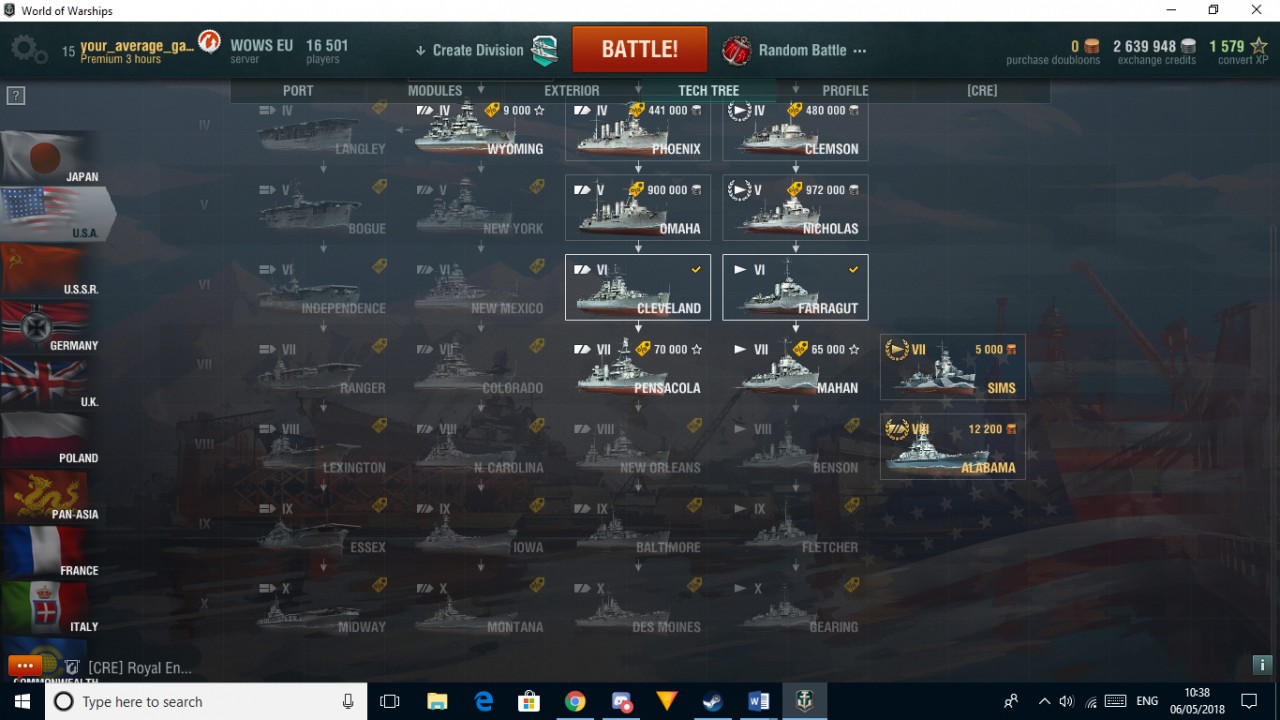 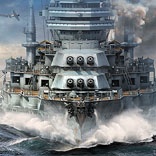 100 Play
So. To conclude this guide lets run over how you should play your USN cruisers. Firstly play it smart and do not push alone. Ask your destroyer to kindly pop a smoke screen for you and whilst you both hide in it use radar and Hydro as we all know smoke screens are torpedo magnets so having a USN cruiser in a smoke screen is a very powerful play. You should also remember to exploit islands cover as you can loop shells over lower islands and hit the enemy and set fires to really annoy the hell out of the enemy.Lastly DO NOT SHOW YOUR ARMOUR much USN cruisers have little to no armour so think smart and play as a team.

So if you wish to get your hands on a free tier 8 Cruiser here is what you need to do. Its simple but it will take you a few days. Grind to tier 6 Cleveland and buy it. That is all you need to do. When the cruiser split happens you will have a free tier 8 the Cleveland which is being moved up to tier 8 and the new tier 6 the Pensacola.

Yet again for those who have questions just ask in the comment section. Also i am using my alternate account to grind these ships to get a rough idea how long it will take you guys to grind without spending money on the game.