In the game, players must survive in a world filled with dinosaurs, prehistoric animals and all manner of extinct creatures, natural hazards and potentially hostile human players. They must also pay attention to their life, their fatigue, their weight, their food and their thirst,
their oxygen and their torpor as well as dangers such as poisons, diseases, heat, cold, etc. The game can be displayed in sight in the first or third person and players roam the open world and venture into places such as swamps, tundra, redwood forest and this on foot,
riding a dinosaur (or other mountable creature) tamed or flying. For this purpose it will be necessary to first make the specific saddle of the tamed dinosaur.

To survive all this, the player must level up to evolve and have better equipment and more comfort. To make tools,
the player will need materials, he will have to go through wood and stone then through metal and cement to arrive at polymers and electronic materials. The game offers both a solo and multiplayer experience, whether in cooperation or not. 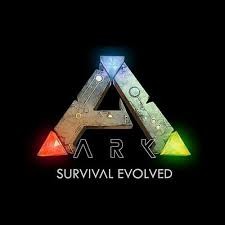 By playing this game you can get 100 Play
Sometimes on the map, we can see light beams of white, blue, green, red, or violet. These are "beacons" kinds of gifts from heaven. Depending on their colors, the player must have a certain level to access their inventory. They can contain resources, objects used or not, clothes,
constructions for a house (foundations, roof, walls ...) or blueprints. In the latter case, the player does not need to learn the object by spending his engram points. 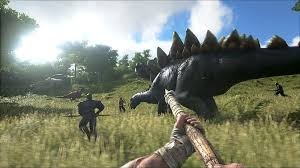 There is a choice between three game modes: the "every man for himself", the "2-player teams" and the "4-player teams". At the beginning,
all players are gathered on a central platform where equipment and other goods are placed on the ground. The players then rush to pick up as many things as possible to start the game with a slight lead over the others. Then the players are delivered to them
they must equip themselves as quickly as possible to survive dinosaurs and other creatures, but especially to other players. The game environment is surrounded by a dome that closes on itself as the game progresses, the goal being to gather all the remaining players on the central platform at the end of the game.
Players are then confronted with a "final fight" which determines the winning team or player.
869 0 Share
5.0 (1)