It's hard to think of Arma III as anything more than a tech demo. It feels skeletal, like the wood frame of a house under construction. You see where it's going, but you wouldn't want to live there yet. If you're ever played a game while in its early beta stages, that's what Arma III will feel like, except you didn't pay $60 for an early beta entry; you paid for a game the developer says is finished.

Arma III is a generic war shooter with very little point. I've heard that you get out of it what you put into it, as it does have an expansive sandbox appeal, but I don't think that argument carries much weight. This isn't Minecraft, it's a war simulator, and war always has a point. When the “war of two nondescript armies milling around shooting at each other for undeclared reasons” occurs, Arma III will be the most relevant game available. 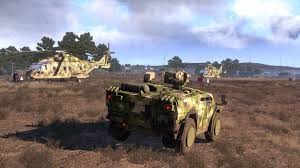 By playing this game you can get 100 Play
As for its target audience, I'm not sure who that is. I didn't play Arma or Arma II, but I am a fan of the military FPS genre, and I don't know who should be interested in this game. I can only theorize that it appeals to one of two communities: the modding community and exclusionary war gamers.

Making an engine for other developers to exploit is absolutely fine. There are companies, like Id Software, that now do that exclusively. Bohemia Interactive isn't building an engine; they made a game, but it's a game whose purpose seems to hinge on what others will change it into.

There is no tutorial.

Arma III's current content is needlessly complicated and almost willfully unintuitive. The fact that there are no tutorials to guide you through this makes Arma III a headache-inducing experience. I recommend Ibuprofen.

The game eschews conventional PC first-person shooter controls in favor of its own configuration, which isn't a terrible idea, but the changes seem arbitrary at worst and needlessly experimental at best. Even if these control layouts were intentional changes to improve player control, failing to provide a tutorial is negligent and lazy. There is a text manual, but this isn't 1998. For a game this complicated, one that advertises its complex, multifaceted gameplay, there should be numerous tutorial scenarios present. As it is, the learning curve is so steep that new players will be frustrated and quit. 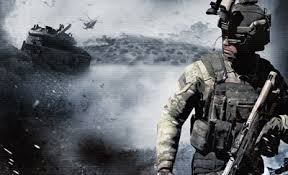 100 Play
There are “Showcases” in Arma III that some could argue act as tutorials, but they lack any instructive elements. In reality, the showcases are exactly that: showcases that sell various aspects of the game. Each showcase begins with the nifty things it will be showing you, such as graphical elements and improvements to various aspects of the game. Then it dumps you into a mission with a thin premise where it may or may not give you on-screen waypoints to various uninteresting goals.

There is no single-player campaign.

Many similar military shooters are bought for their multilayer experience, and making a game with multiplayer focus isn't a bad thing. If Arma III had been explicitly made for multiplayer, we wouldn't be having this discussion, but there are sections marked “Campaigns” and “Scenarios” that are completely empty. There is future content promised as DLC, but that's simply unacceptable. People have complained that games have been purposefully cut down in content to sell future DLC, but Arma III is asking you to pay now and get nearly fifty percent of your game content at a later, undisclosed date.
1082 0 Share
5.0 (1)