Echo of Soul is a MMORPG that came out in 2013. It has both PvP and PvE element to it. While the game is old it still is playable. This being said, in my opinion there are many other MMORPG's out there that are much better. This game is good for easy game play and people who are looking for more casual games. If you have time to kill this is a good game for it, but if you're looking for a game to be invested in/ that has a challenge to it this may not be the best game for you. Like most MMORP's out there it is a free to play game although it has some in game purchases that can be made. The game is not pay to win but there are very obvious advantages you can get if you do end up paying. It is still playable to the public and it isn't impossible to catch up to players who have paid money for in game items.

By playing this game you can get 100 Play
One that that makes this MMORPG stand out from others that are out there is the soul system. When you kill monsters you get their soul and you can use these to level up and customize the character you are playing as. The crafting system in this game is pretty good compared to others. The game has been compared to WOW (World Of Warcraft) when it was in it's earlier development stages. Unfortunately the game doesn't seem like it will become as popular and as good as WOW. The quests and story telling isn't super exciting and can get sort of boring at times. The classes are gender locked, meaning that you can't play any class as any gender and each class is only for either male or female characters. The character customization although unique in the soul system aspect is very simple and overall underwhelming 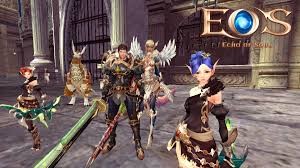 100 Play
The graphics are pretty okay for a free to play game and are similar to a lot of other Free to play MMORPG's out there (Which isn't a bad thing). There is a lot of content that feels like it's 'missing'. Things that are normally seen in MMORPG's just can't be found in this game such has pets and player housing. The game seems like a lot of other MMORPG's out there, though the soul system is unique it doesn't do a lot to make sure it stands out from the other hundreds of MMO's that are already out there. I think if you are looking for a relaxed MMORPG that you can play and chill it is a good match. But if you're into unique and challenging games that you can do a lot with I would not recommend it. Although the game itself isn't bad there is much to be desired and it feels like a generic MMORPG.
1483 0 Share
5.0 (1)