There’s another bummer that I have to point out, that is the lack of quality, group events. In Heart of Thorns, players could team up in massive groups and take on large open-world bosses. The act itself was fun and exciting and really hit home a sense of comradery and made the game feel alive. Sadly, those type of events do not return in Path of Fire. With boring, repetitive bounties as the only real, grouping opportunities, Path of Fire doesn’t seem to have a lot of replayable right now. Sure, the story is fun and well paced, but is that going to be enough to keep players’ interest? Keep in mind, it took three years to deliver Heart of Thorns and only two years for Path of Fire. “Thorns” had enough content to keep most people interested, even me to a degree, I played it for a solid two years. But I’m worried that Path of Fire might not keep people's attention as strongly as Thorns, but that’s up to ArenaNet to figure out. Maybe an extra year would have allowed them the time needed to add in beloved features like those world boss meta events. 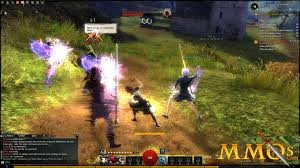 By playing this game you can get 780 Play
It’s not all sour grapes though, the game mechanics are fun, the new mounts will keep people busy earning them and playing with them and as I’ve said a few times now, the story is solid. In fact, the story is way stronger than Heart of Thorns. The game still has a strong community too and if you do find a good group, it can keep you busy for hours. If nothing else, ArenaNet has proven that they stand behind their games and I’m sure they have a ton of content on the way. Until then, I’m just not sure if a shiny new map and mounts will keep everyone content. Wrap Up

Path of Fire is a strong expansion, despite the flaws I've pointed out. It offers a ton of new features, options and yes, mounts. But, it also sacrifices some strong features that Hearth of Thorns, a previous expansion, did so well. Aside from the new elements added, old features that make a return in Path of Fire haven’t been improved much, if at all, which can feel like a wasted opportunity. 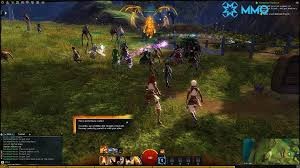 940 Play
What ArenaNet put forth is a strong effort, but in some cases, it’s what they didn’t do, that stands out more. With two to three years before another expansion, they have plenty of time to push out new and exciting content which should keep Path of Fire alive. Whether or not players will stick around that long, especially with games like Destiny 2 coming to PC, remains to be seen.

Overall, Path of Fire is a good expansion and while I’ve participated in quite of a few of the big events, I haven’t done it all. Which is why, as I stated before, this is more of a review in progress. There’s no end to an MMO, they just keep growing, so I feel like I’m just giving players a more in-depth impression, than a typical review. I can't just put a fork in it and say I’m done, here’s my score, but I feel compelled to leave a score as sort of a marker, for where I am in the game. That score below could go up and it could go down, as I progress further in the game over the next few months or longer.