In Omega Zodiac we find a game that is based on the series Saint Seiya, This game looks pretty good, each character is created in 3D animation.

This game takes us to the world of Saint Seiya where we will be a knight of Athena, in the beginning this game will assign us a sacred armor that we can use in the first missions, with it we can save the Athena from the hands of Hades and Poseidon, While we advance we assigned a different sacred armor, in my case I was first given the armor of Andromeda and later Athena give me the golden armor of Pisces.

The main missions in this game save Athena from the plans of Hades and Poseidon, who want to send Athena through a time portal in order to get rid of it. When starting the game we will be a knight in bronze armor and in time we will be able to obtain different armors including the golden armor.

By playing this game you can get 100 Play
I believe that Omega Zodiac is based on the events that occurred in the last film of Saint Seiya since we will see different golden knights that appear in the series of Saint Seiya, but as we will see a female version of the Scorpio Knight we can say that this game Is based on that movie. One of the things that I really liked about this game are the animations at the moment our character places the sacred armor, this animation is very well done and it is amazing

It is a detail that no other game similar to Omega Zodiac possesses, I could notice that the characters of the game were very well done since the quality that each of them has is very impressive, the only problem that I notice in this game is that in The mission where they give us the golden armor, our character becomes incredibly strong that we can even defeat God Hades. 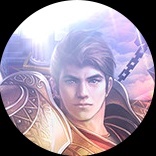 100 Play
Another thing I want to mention is that Omega Zodiac allows us to play without having to download any program because the only thing what we need to do is just register and we can start playing without problems.

If we do special missions we can get different armor like Andromeda armor, phoenix, dragon and many others. But Omega Zodiac has a problem, which annoys me personally, which is the automatic battle option, this option is not really recommended because you lose many hours of fun, because you are not playing, you only see how your character plays alone.

If you want to play a game based on the series of Saint Seiya I recommend you play Omega Zodiac is a really good game and it is worth playing it, I personally will continue to play this game a lot. So give this game a chance because you'll really like it a lot
1603 0 Share
5.0 (1)