Super Mario sunshine was released in 2002 for the game cube, but was much more recently imported onto the Nintendo switch and the switch lite. This was done in the form of the game Super Mario 3D all stars which consists of this game, Super Mario galaxy and Super Mario 64 as well as their respective soundtracks. They were imported unchanged from their original game on the older console giving the younger generation a game to bond over with the older generation. This game in particular like all Mario games is suitable for all ages. As for the price of this game it is the full price of any game for the switch however since it is a 3 game bundle you have to take that into consideration when thinking of its value for money. But I digress, today I will be reviewing the Super Mario Sunshine game based on it's switch controls. Also I will tell you the elements of the game I personally appreciate, dislike or think made a nice addition to the game so if this interests you please read onwards. 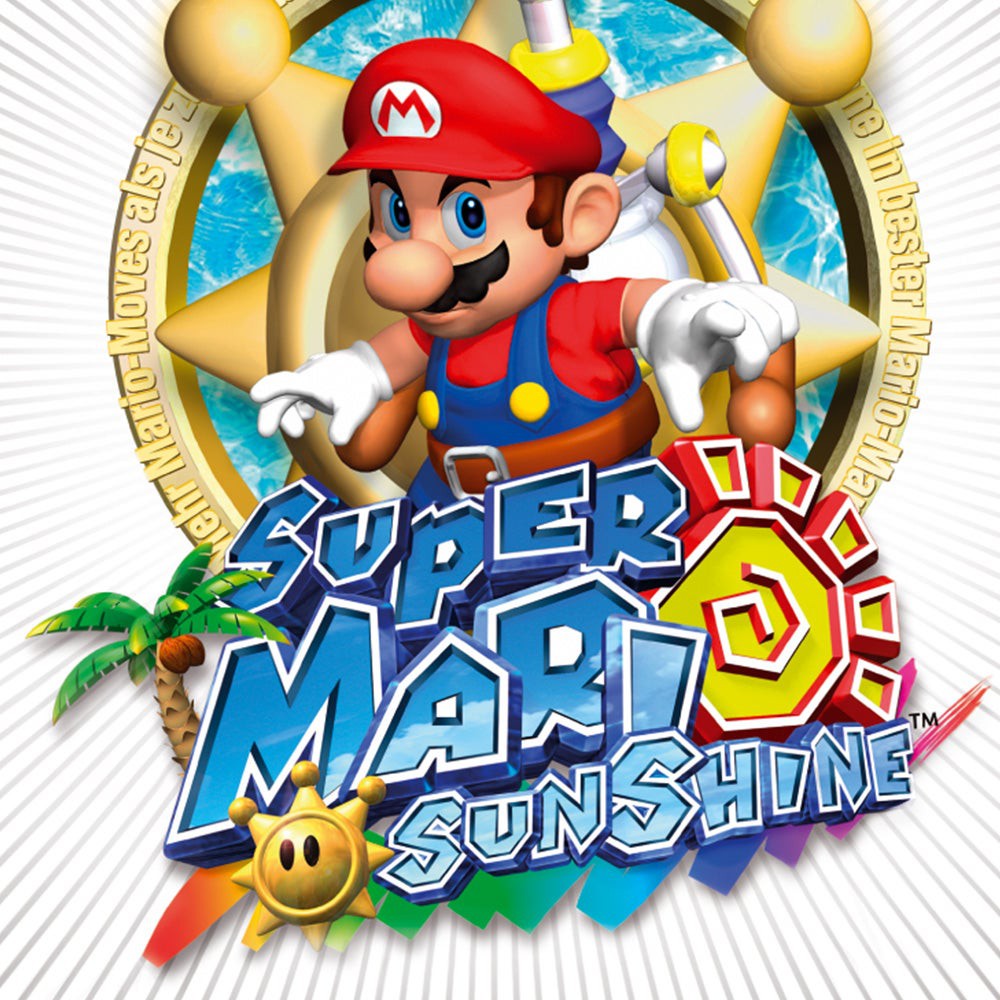 This game is one of the first 3D model games in the Mario franchise and the below average quality of graphics reflect this. If you are much more interested in graphics then this game may not be your cup of tea. As for the soundtrack while it is decent there are definitely much better soundtracks in other games in the franchise that (pardon the pun) outshine this one. There is one area that this game succeeds in however, this game while lacking in some areas is the most plot heavy Mario game to date in my opinion; This is helped by the fact that even minor character roles such as the toads and princess peach have fully spoken lines of dialogue that I give my kudos to the voice acting team for as it is very well done. This game manages to be similar5 to many in the franchise yet still very much unique and fascinating in it's own right. They also feature some iconic bosses such as Petey piranha with unique mechanics to this game to defeat them and solve the puzzles you are faced with. The unique companion to this particular game is FLUDD which assist you on your travels. FLUDD acts as either a jetpack or water gun depending on the users desire. It does need to be refilled with water but that is easy to find and besides it takes a lot of time to run out of water. This mechanic is unique and fun to use however it does take some time to get use to the controls of this mechanic. Like any Mario game you also use FLUDD and visual cues to discover secrets around the levels. These are quite discreet compared to newer games in the franchise so you do need to really look for them. As for the levels they are well designed however my only complaint on them is upon dying (which isn't often as you get a lot of lives) you have to go through all the puzzles in that area over again. To conclude Super Mario Sunshine is a unique addition to the Mario franchise. It is overshadowed by some other Mario games and is a bit of a mixed bag but when thrown in with two other iconic games it is definitely worth the money.