I have been playing team fortress 2 for awhile now and I think the way it has been developed is one of the best yet, according to its free price tag. It has so many different maps and game modes, and they are all very well refined. There are also a very wide range of weapon and character selection. To be more specific, there are nine characters you can choose from, and the all have very specific abilities and weapons. These nine are Scout, Soldier, Pyro, Demoman, Heavy, Engineer, Medic, Sniper, and Spy.
Scout is the fastest class in the game, as he has a great double jump and it is very useful for quick kills and completing objectives fast. He is one of the best offensive classes. Next is soldier, and his special ability is rocket jump. What rocket jump is is he uses a rocket to boost him up, however this costs some of his health. 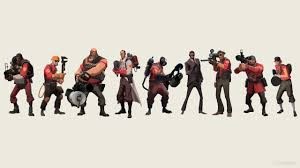 By playing this game you can get 100 Play
His primary weapon is a rocket launcher, and this weapon can either be very effective or very annoying. Pyro is a character that carries and flamethrower. The flamethrower is pretty damage heavy close range, however it does have a short range, this means Pyro is vulnerable from long range. Demo man is the best offensive man there is. He holds a grenade launcher which launches grenades who explode on contact with another player. If it doesn't hit anything, it will explode in a few seconds. Next is the Heavy. This is the most recommended beginner character because if its sustainability and ease of controls. This is also a very popular character to use. Its primary weapon is a minigun and hence the name, it can take alot of hits. With a huge health, he is unsurprisingly going to be slow and pretty big. 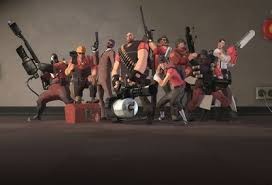 100 Play
This is a big disadvantage as this makes them easy targets for snipers and spies. The engineer has an interesting ability set, he builds sentry guns, dispensers, and portals. You have to collect metal in order to build and the sentry gun is good for just collecting easy kills. The Medic's job is pretty self explanatory as in the name, he heals people. He can also heal classes up to 150% their original health. The medic does have a weapon called a syringe gun but is hard to shoot accurately. The sniper is another popular class, because it is cheap if you are good at sniping. As expected, it is a good long range attack and does way more damage as a headshot. The final class is the spy, which is the most interesting of all. He carries a revolver and can be disguised while destroying the opposing team from within.
8992 0 Share
4.0 (1)