Have you ever thought how it would be leading a battalion on the battleground when Rome was the Center of the World? Well, thanks to wargaming you can relive that experience, sharing the field with other players in a great pVp RTS game, where wiliness and cooperation will be crucial to succeed and lead your team to a glorious victory, and recklessness will draw you to an epic defeated. Barbarians, Romans, Greek and Carthaginians(they will be locked when you first start) are the nations that we are called to raise, overcoming other players in engaging battles that will involve 20 players at the same time, and each of them will be using three units each. Despite the fact that the game is still in Open Beta, graphics details are more than average considering the free to play standards, details that do not affect the framerate at all. By playing this game you can get 100 Play
If you are already signed on the wargaming.net game center you'll just have to download Total War Arena and, after the loading, you'll be redirected to the home page, where you can choose which squad to use, what commander and what kind of units you want your commander to lead in the battlefield. Not only that, but the game will give you the chance to unlock new tech, like armies to equip and abilities that will make your commandos even more dangerous and lethal. Like others RTS games, Total War Arena gives to the player the opportunity to join forces with other users to face the AI or an enemy squad composed by other players, making the game as challenging as you want, and giving you the chance to get into the game and to learn strong and weak link of each faction, each commander and each unit. 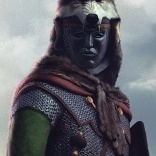 100 Play
The commands and the instructions to give to your units during the battles are few, but how to use those instructions properly and how to get the best effort from the commandos that you'll lead will be another story. You'll have to be able to get the right impact angle when you're going for a charge against an enemy; be careful to not kill your allies with your fire if you're leading archers, hit and run properly if you lead cavalry. How you use your commander orders(everyone has different orders, and different bonus/malus), how much you'll be able to maximize the surroundings, how well you'll be able to cooperate with your teammates, they all will be factors that will make the difference between win and lose, between glory and shame. Once again, the wargaming team has created a really entertaining pVp, a title that will be destined to give us hours of amusement.
691 0 Share
5.0 (1)