Ace Dmg:50 | Firerate:10 | Range: 100 | DPT:5
The ace is an excellent early game pistol. It is very effective against non armoured opponents due to it’s ability to two tap them in the head. It is super common as well. Use it against non-armoured players, but try to use a different weapon when facing armoured opponents due to the need for three shots to kill.
Augewehr Dmg:43 | Firerate:7 | Range: 200 | DPT:6.1428
It’s a shame the saddest excuse for a gun had to appear this early on the list. The Augerwehr is a very rare assault rifle. Some positives are its ammunition efficiency over the maplestrike, the addition of a scope and its ability to take both ammunition types. It is completely outclassed by its airdrop brethren’s the fusilaut and the nightraider and doesn’t fill a role in any situation. Its exceptionally slow firerate makes it not do much DPS. Use it like you would a heartbreaker; for longer range engagements. Considering how rare this gun is I cannot recommend it with such awful stats
Avenger Dmg:32 | Firerate:4 | Range:100 | DPT:8
This weapon is a fantastic early military weapon. It is extremely common and very powerful when considering this. Use it as a great ambush weapon to kill geared players. Its high DPT means that it can go head to head with the weaker smgs and rifles, however it requires good aim and a godlike spamming the click button ability. On servers with high ping it becomes impossible to pull off however, which is why it should be used as a ambush. But on LAN its great mowing down your friends with a pistol and autoclicker 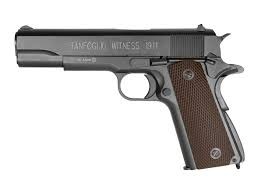 By playing this game you can get 100 Play
Devils Bane Dmg 30 x 6 = 180 | Firerate:10 | Range:20 | DPT:18
The shotguns in this game are insane at cqc, however, the role of a late game shotgun just isn’t needed in this game. Its stats seem great compared to rifles, however it is outclassed by the soon to be talked about over powered class of shotguns. This one is balanced though, I cannot recommend it due to the fact that, by the time you find it, you should already have rifles, and rifles are more versatile especially for survival.
Bluntforce Dmg 40 x 6 = 240 | Firerate: 40 | Range:20 | DPT:6
This shotgun is quite common at police locations, and is a great shotgun due to its good range, accuracy and damage. It has oneshot potential at all distances within its range, unlike the devils bane, and is one of the best guns considering how common it is. However, it Is, like every single early game gun, outclassed by the OP shotguns soon to be talked about
Bows Dmg:60 | Firerate: 50 | Range: 130(B) 145(M) 160(P) | DPT: 1.2
The bows are pretty good for how easy they are to obtain, However their low damage and extremely slow firerate seems to fit the early game sniper role, but its lack of any iron sight means that it should be used against close range only. The bows are great for killing zombies, and tagging players, but should be replaced as soon as possible.
Compound Bow DMG:80 | Firerate: 50 | Range: 200 | DPT:1.6
The compound bow is extremely common, and unlike the makeshift bows, does a huge amount of damage and has a iron sight. This should be used as a early game sniper, before you find other better snipers. It is good for killing zombies as well. It is a very good weapon.

Bulldog Dmg:20 | Firerate:2 | Range:90 | DPT:10
This gun borders on over powered in my opinion. With those godlike base stats, how common it is and the fact it takes the secondary slot, I cannot recommend it enough. It ties for the second highest DPS of any non-shotgun (if you exclude the fusilaut burst) Tied with the honey badger and second to only the luger (which requires an autoclicker to pull off). Its insane DPS allows it to go head to head with the most powerful guns in the game, however its high recoil means that a good recoil control is required. A fantastic mid game smg. Its inablility to take adaptive chambering means that it can still be outclassed by the honeybadger and other guns, however it is still an excellent weapon for how common it is
Calling Card Dmg:33 | Firerate:4 | Range:125 | DPT:8.25
The calling card is quite rare, and its stats seem mediocre on paper, until you see how accurate it is. Its high mag capacity, low recoil and godlike hipfire accuracy makes it a great weapon for newer players. However it cannot take many attachments which limits it a little 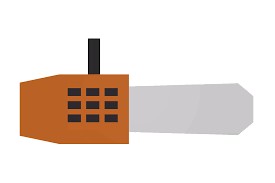 100 Play
Cobra Dmg:25 | Firerate:4 | Range:80 | DPT: 6.25
The cobra is extremely common and its ability to go full auto makes it a great pistol, however its extreme recoil means that you shouldn’t attempt to spray at longer ranges, but with good recoil control it is manageable. Great gun considering it can take civi ammo
Colt Dmg:24 | Firerate:4 | Range:100 | DPT 6
The colt seems like a meme weapon, but with a autoclicker and fantastic ping you can hose some people down with it no joke. Its ammo effieciency and how common it is makes it a great zombie killing weapon, and with that autoclicker it becomes a great early game 7 round smg
Crossbow Dmg:80 | Firerate:50 | Range:200 | DPT:1.6
The crossbow is a premium bow, with all the positives mentioned there applying here. the ability to take explosive arrows actually makes it a viable mid-late game sniper as it makes no noise or flash. But mostly good as a early game mid range allrounder
Desert Falcon Dmg:80 | Firerate:10 | Range:80 | DPT:8
The desert falcon is, unfortunately a sad excuse for a gun. It cannot one shot unarmoured, takes no attachments, default ironsight looks like a brick that grew radioactive studs, rare, low mag capacity, takes high calibre. It’s a joke. Refrain from using it unless you find a airdrop with only sportshots and desert falcons XD. Its bad
Determenator Dmg 17 x 6 = 102 | Firerate: 4 | Range:25 | DPT:25
This shotgun seems great, until you see its awful damage output. The extra range and accuracy is great, but I would rather a bluntforce, which seems sad for how much rarer this gun is. Its only saving grace is its tiny inventory size and secondaryness. But those are all roles filled by the OP shotties soon to be unveiled.

Dragonfang Dmg:32 | Firerate: 4 | Range:175 | DPT: 8
With such rarity, and the fact it’s a big heavy LMG you would expect it to be great against players. It is not. However it still fills an important role of being a base destroyer, and it is useful in sentries as well. I would only use this gun for base raids and I would actually suggest against using it in sentries, because once they destroy the sentry, they have something to raid you with. But still fills an important role so a great gun.
Eaglefire Dmg:40 | Firerate: 4 | Range:200 | DPT: 10
With such great stats, you would think that it would be a great gun. It is common, and look at that DPT! Blows the maplestrike out of the park. Only until you realise that the firerate is only in bursts, it has high recoil, if you want to include creative, well, just use a fusilaut. It is pretty bad but because of just how common it is, it is a good early game rifle.
Ekho Dmg:99 | Firerate:50 | Range:300 | DPT:1.98
Oh god, I was going to have to rant on snipers eventually wasn’t I. well, the ekho is bad, it is super rare, and is outclassed by the grizzly in every way, and because of how rare it is, you will probably have a rifle by then, which is more useful in almost every situation. It doesn’t oneshot a helment, and its only use would be to snipe out new spawns, until you realise that every other late game rifle, grizzly, and smg does its job better. The timberwolf, incase you were wondering, is even worse, brace yourself.
Empire Dmg:30 | Firerate:5 | Range: 160 | DPT: 6
Oh dear another useless gun. Please don’t use this, it is rare, it has awful stats and a low mag size, by the time you find this, you will already have a gun that out classes it.
Hells Fury Dmg:32 | Firerate:3 | Range: 150 | DPT 10.66666
Ok, this gun is extremely rare, and its stats are good, but it doesn’t have a sight, so hitting all your shots is impossible even with godlike aim. It takes up a huge amount of inventory space, cannot fit in a sentry. But, you should use it as a better dragon fang, that role it fills well. It eats bases for breakfast and its high mag size and firerate means you can scare the poo (keeps it PG) out of you enemies.
Fusilaut Dmg:43 | Firerate:3 | Range:200 | DPT:14.3333
Ok, this gun is complicated, on paper, its stats are god like, and its ability to take all attachments and both mili and ranger ammo cannot be ignored, it is quite rare but its amazing stats, well, they are good alright. But there is a catch. That god like firerate only excists In burst mode. Still, if you can land one body shot and two headshots you can kill any rifler before they have time to think of killing you. But you must kill in one burst, if you don’t kill in that first burst, you may have well been using a zubek or nightraider. I therefore can only recommend it to the most skilled of players.


Grizzly Dmg:99 | Firerate:20 | Range:300 | DPT: 4.95
Oh man, this sniper is the reason that the timberwolf, ekho, sabretooth, snayperskya, shadowstalker, shadowstalker mkII and others are irrelevant. As of now, the grizzly is the best sniper rifle in the game, bar none. Not even guns like the mk II can face up to it. with the same damage as a timberwolf, shadowstalker or ekho it blows them out of the water by being semi and not bolt. And with all the other ones I mentioned, it just beats them in raw damage. Yes those guns have some advantages and little reasons to use them. But the grizzly is the best sniper overall. It is rare, I understand that, but so are the timberwolf and ekho and mk II, and shadowstalker. It is a godlike gun, abuse it until 4.0.
Hawkhound Dmg:80 | Firerate:50 | Range:200 | DPT: 1.6
The hawkhound is a budget timberwolf, a role it fills exceptionally. Because of how common it is, and that it takes civi means that you can use this gun as much as you want without ever running out of ammo. It is a fantastic early game sniper.
Heartbreaker Dmg:40 | Firerate:7 | Range:200 | DPT 5.714
Oh man, this is a budget gun that completely fails at its job. It is worse than the maplestrike in every single way, it may be more common but its so much worse it is irrelevant. As soon as you see any other rifle, ditch this thing and take it.
HMG
OP
HMG FIGHTERJET.
Ok, these stats were taken from the files by me, I didn’t expect there to be two hmg
Honeybadger Dmg:40 | Firerate: 4 | Range 125 | DPT:10
The honey badger is extremely rare, which makes it balanced. It has a godlike DPT, comes silenced carries a mega mag capacity. And so much more. It is a great secondary when using any gun, but specifically snipers. I cannot recommend this enough.
2225 0 Share
5.0 (1)