Black Gold Online: is it good?

Black Gold Online (lets call it BGO for now) is an attempt at a massively multiplayer MMO. First we will cover the aesthetics of this game.

The CGI trailers of the game and the character creation screen are very sleek, very fantasy-like and a very exciting when first starting the game. However, they're not accurate representations of the game. Much of the marketing for this game has revolved around playing up the setting as "Steampunk/Fantasy merge" (which don't get me wrong, is really good in some games if executed properly) as some kind of hardcore dream of every gamer in the universe. While that aspect of the game more or less delivers on its promises - there are in fact two factions and the lore does in fact clearly divide them - but it's far from being a full realization of its total potential. The lighting effects and overall glisten on the character models look great initially, but it hides otherwise lackluster designs and textures. As stated in my first impressions, some of the options appear to have even been lifted from or at least heavily influenced by other games. A picture of the CGI edits is included for your viewing. 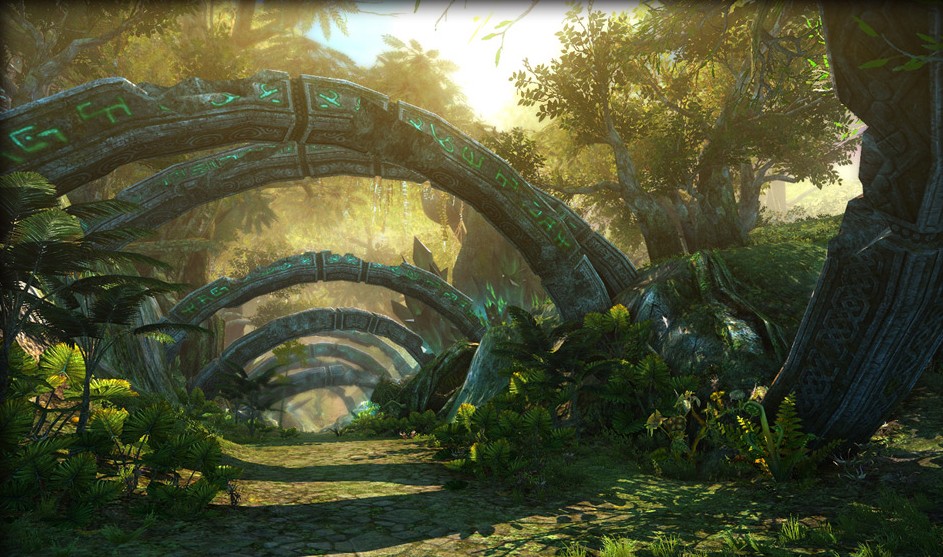 By playing this game you can get 100 Play
The foundation of every MMO, what you'll be doing for hours, like in every MMO, just has to be spot on for it to be worth your time - not in this case.

If you took the combat system from Guild Wars 2 and took away what made that game feel satisfying, then you'd have a pretty good idea of what to expect here. As a fan of Guild Wars 2, it was disappointing to play a game that got action MMO combat wrong on such a fundamental level. Combined with the ugly interface and the game is simply a chore to slog through. Most of the game is essentially on rails as well, with autopathing and extremely guided quest objectives. Very rarely does the game ever stray from the standard killing quests that we've all come to hate so much. Recent games have proved that those types of tasks can be hidden amongst other entertaining activities, but BGO does little in the way of masking the monotony of them. 100 Play
I might sound harsh throughout this review, but overall, it isn't that bad a game. Yes it isn't very original, and the CGI may be a lie, but you have to remember that my opinion isn't the word of every player on there. There's actually a solid fanbase on this MMO, and a nice one from my own personal experience. I might not think of the game too highly, but that doesn't mean you won't. Before you exit your browser, and look for a better game, please give this one a try. I assure you it's probably a fun game if you invest the time into it, and MMO's and RPG's are your type of game.

If your one who seeks for game lore, then you will need to look, dig deep. The game is a very long one, and honestly, once you get into the game it probably gets a lot better. As I was saying, the game seems to be replayable, so please give it a try.
1638 0 Share
5.0 (1)