Black Gold Online (Black Gold) - a free client MMORPG from Snail Game in the steampunk genre with elements of a shooter in the first and third person. At the heart of the game is a violent clash of two races alien to each other cultures - a fantasy magical race and a neo-Victorian steampunk civilization. Sound fascinating? Read on... for this game also presents a blend of original game-play elements.

FEATURES
Dynamic Events Changing the World: There are over 3000 dynamic events that have an effect on the world.
Magic or Steam: It's up to you whether you follow a fairy-tale or a mechanized lifestyle.
Valuable Ores & Resources: Fight for the valuable ores and resources powering Black Gold.

In the war between technology and magic, which side will you choose? Each side has their benefits, and each has endured their hardships against the other. But you could be the one to turn the tide. And at the heart of the conflict lies the ever-precious Black Gold.

Ride your mechanised weapons of destruction into war, or take the reins of huge magical beasts as you battle for supremacy. Each faction is vying for total domination, so your contribution could tip the balance as you fight in epic PvP battles. You can opt to make a difference solo, or join up in a group or guild to battle for territory.

Unlike traditional MMOs, there is no safe ground in Black Gold. Once you choose a side, you choose everything that comes with it. PvP action is fast-paced and relentless, so be sure to arm yourself appropriately and stay on your guard. Visit the forums to find other players aligned with your cause, and let the battle lines be drawn.

Why not take this rich and compelling MMO scenario for a spin, and see how far you can get today? You'll be drawn back into its world many times before you're through with it! Check out the quality of the art and the captivating story-lines, plus demo game-play on the site. 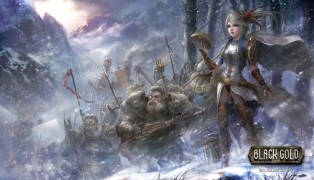 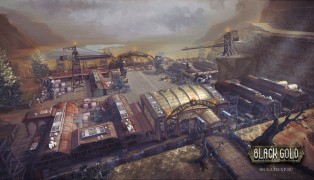 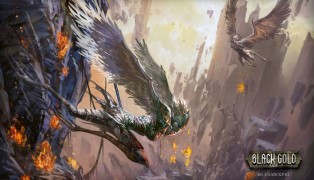 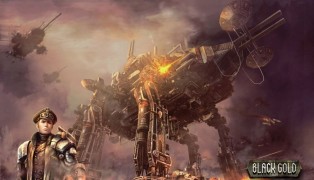 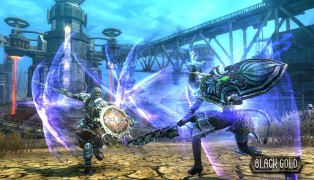 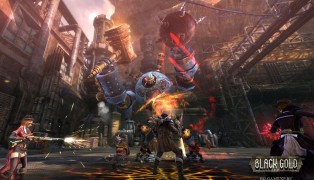 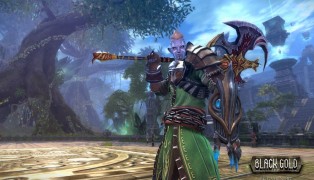 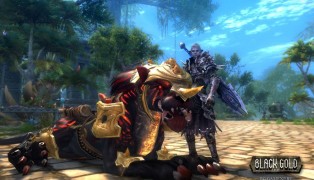 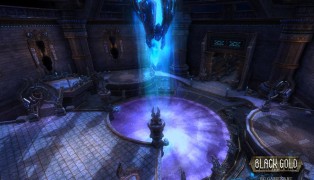 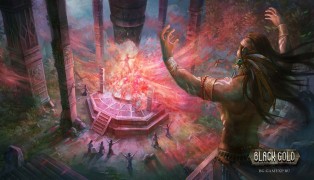