In the game CS: GO, you play as both a terrorist and a counter terrorist. The terrorists are either supposed to plant a bomb in the sites or protect the hostages from the counter terrorists. Terrorists have a variety of guns to pick from and the counter terrorists do too. You are supposed to kill the enemy team. There are different modes in this game. For example, in the mode competitive, there are 5 people on your team and 5 people on the enemy's team. You are allowed to kill the opposing team but if you die, you can not come back to life until the round is over. There are a total of 30 rounds. 15 rounds you play as a terrorist (planting the bomb or protecting the hostages) and 15 rounds of you playing as a counter terrorist (defusing the bomb or bringing hostages back to the hostage site). If you decide to goof off in competitive, your teammates can report you for griefing. Also, you are not allowed to kill each other. Doing so will result in a ban. Bans can be from 30 minutes to 7 day bans. 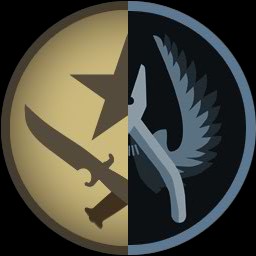 By playing this game you can get 100 Play
In the game, the guns you buy are set to a default skin. However with some money, you can purchase skins for your gun. For example, the AK 47 looks plain brown and grey. However with just 20 dollars, you can buy a skin on steam to make your AK 47 look a lot nicer. Some skins are cheap around 10 cents and others go up to the 1,000 dollar mark. Even though skins look nice, that doesn't mean a player has the skills to use it. For example, there is a ranking system in CS: GO for those people who play competitive (each game is 45 minutes roughly). Just because you have good skins doesn't mean that you are actually good. I believe that skins aren't everything and that they're just a waste of money because it mainly matters about your skills.There is another way to get skins and that is through cases. You can win cases by playing matches and to open a case costs 2.50 dollars. The skin inside that you get can either be really good and worth your 2.50 dollars or it could be really bad and less than the money you spend. 100 Play
My personal favorite map in this game is Dust 2. This map is a bomb scenario. There are many hiding spots in this map so you can camp and wait for the enemy. This map is fairly simple and is the most played map of the game. It is perfect for beginners. In this map, there are two bomb sites A and B. You can choose which one to go to if you are the terrorist. However, this map contains the most hackers. Hackers can wall or lock on to you. Walking is when you can see where everybody is so you have the chance to kill them before they even see you. Aim hacking is when the lock on to your body where as a normal person would have to aim. These forms of hackers can be banned from the server and get possibly a VAC ban. This ban is permanent so you won't be able to play CS: GO anymore and will be forced to either buy CS: GO again or to quit playing.
1447 0 Share
5.0 (1)