Hello and welcome to my 7th guide/review on Bananatic about a fun kinda-Russian made browser game called Desert Operations you might have a few questions about as you go along (I sure did). Some things have been lost in translation along the way so I'll try to help with the in game quests a bit and how to get points and what have you. Quests in this game are mostly in the form of "build this" and should be fairly easy but there are also trivia questions later on that sometimes need answers you will not have since they use the original Russian to English translation and not the current one. Weird I know, but that's how it is. The game itself is to build up an army to fight and help others and has a fairly robust system of research and troops (almost Civilization levels of troops) and can be a fairly addictive game if you're looking for one of those. Now on to the guide!

By playing this game you can get 100 Play
Your first quest on Bananatic after registering should be to get 17,500 points (this can vary for you, as with all quests I believe), which is fairly easy as every building you level gets you about 1,000 points and take only about a minute or two to complete. For the second you it requires you build a Pentagon, which may take some time and needs a few building upgrades, so this may take an hour or more of idling . To see what you need for the Pentagon look at the Tech Tree on the right side of the screen and it should show the Pentagon at the bottom of the screen (I think an Arms Factory and Port or Airport will do). The Pentagon gives you 6.500 points, takes 8 hours, 30 minutes and costs $17.000.000. You should be able to get this fairly easily by quests and trivia. The last quest in the game is to get 75,000 points, which I found easy as most buildings like the Factory or Skyscrapers or barracks all take about 2 minutes to complete and give you around 1,000 points. Just upgrade them as many times as you need to get 75,000 points. 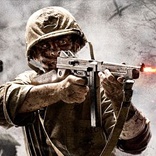 100 Play
Now as for those trivia questions, those are hard. I had to use a different website just to answer some of them. You can find them here: http://www.looki.us/forum/showthread.php?t=407581 Just use CTRL+F on your keyboard and find the phrase you're looking for. There will be some silly questions like What's the building after Arms Factory? In the tech tree it'll say Intelligence Building or something yet the answer is actually Central Intelligence Agency, something not even mentioned in the game's files or WIkipedia. So good luck with those, I did eventually find all the answers for the questions I got, but you don't need to do many of them to get the cash you need to get to 75,000 points + the Pentagon. Also be sure to build up some troops (nobody will probably attack you but still) but don't go overboard, I did the quests without adding more than a few thousand troops. Don't spend any money in research as it doesn't help you with the Bananatic quests. I think that's about it though so I hope you enjoyed my guide and I hope you like the game!
2219 0 Share
5.0 (1)