Path of Fire introduces five new mounts as part of the mastery system that can be used anywhere in the game, not just the new area of the Crystal Desert or vice versa. So unlike World of Warcraft that presents a new zone with an expansion, yet locks you out from using your hard earned mounts, ArenaNet allows players to use their new mount, everywhere and anywhere. The new mounts introduced to the game are:

Raptors - Which can leap horizontally across long distances
Springer - Which looks like a cross between a rabbit and a kangaroo, does the obvious, it jumps really high
Skimmers - Look like a stingray (sort of) and can hover above water and the ground
Jackals - which look like a jackal, but made of swirling sands with rock pieces making up features. Jackals can teleport short distances and through sand portal 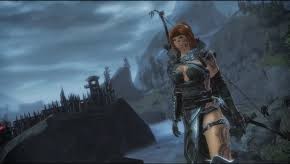 By playing this game you can get 100 Play
Griffons - Griffons do what you think Griffons should do, they glide in the air with quick speed
My personal favorite of these new mounts is the Raptor, hands down. Maybe it’s my subconscious remembering my Raptors from Zul Gurab in World of Warcraft, but I just find them to be awesome looking, and really useful. It’s nice to see mounts serve a purpose, instead of just being a vanity item and something to brag about. My experience

So, as you can see there’s a lot of new elements in this expansion, but how do they all play, that’s the real question. I’m happy to report that Path of Fire is not merely a new coat of paint on a five-year-old Guild Wars 2. All of the elements together really make for a great experience and the new story brought me back into the game. I love this game and everything it offers. 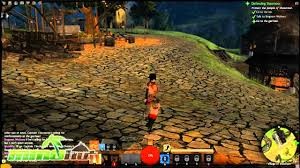 100 Play
With the ability to boost your character to 80 right from the start also gets you right back in the action, which is what I did with my Ranger. Prior to playing Path of Fire, I hadn’t played Guild Wars for about a year, so there was some new content and things added that were new to me. That all being said, as I started to quest and take part in some of the events, in the Crystal Desert, it was exciting, I think, perhaps it was more exciting because it all felt new again. I say this because, after a few hours of playing, the beautiful vistas and even the events began to lose their wonder. Perhaps one of the more lackluster features were the heart quests, which for me, just don’t hit their mark. I’m not saying they're bad, they’re just not much fun. On the plus side, the heart quests, for the most part, are completely optional, so at least I have that going for me.
1165 0 Share
5.0 (1)