Basics of League Of Legends

When starting out on league of legends, also commonly referred to as LOL you need to create and account. You can pick any name you want so long as it is not vulgar and it is not taken. Next you pick a starting champ for the tutorial, I recommend Ashe as she is a good champion to pick up on early so you can master her later. The in game tutorial does not tell you everything there is there to know, that is why I am writing this. There is a shop in the main page of the league client that you can purchase champions from, more pricey champions like Zed tend to take more skill and knowledge to play whereas cheaper champions like Master Yi are good to pick up when you don't have much experience and need an easier champ to play and get those juicy penta kills. I hope this guide helps you become as good as faker, or as good as me c: 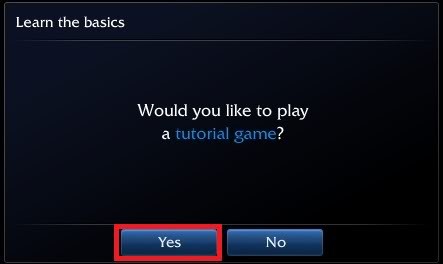 By playing this game you can get 100 Play
There are 5 lanes in a normal summoners rift game: top, middle(mid), jungle(jg), attack damage carry(adc), and support(supp). Each has their own role in a game. Top is usually the tanker player, mid is usually an assassin that can quickly take down opponents, but is not very tanky, jg is played in the in game jungle and their purpose is to do something called ganking to help out teammates in their lane, adc gets kills and trys to carry bottom lane with the support who's job is to protect the adc and keep them alive. You need to call out your lane at a start of a blind pick game unless you play draft which is much less chaotic and you can choose what role you want before the match starts. There is competitive game mode but that unlocks later in the game. Once you have your lane too have to stick to it. 100 Play
At the start of each game you need to buy an item or two and go to lane, also you need to level 1 ability, choose wisely, once leveled up there is no undoing a level up. Throughout the game you will level up and get more gold which you can then spend on items and upgrading abilitys. At level 6 you will unlock most champions ultimate abilities there are some exceptions like Udyr and Nidalee. Each champion has special strengths and weaknesses that need to be played around. At the start of the game you will usually want to just go for minions kills as they give you gold and xp, commiting to a fight early game and losing can set you back and end up costing you your lane or even the whole match. I am not saying level 1 agression is bad but you have to know what you are getting your self into when you jump into the enemy. Have fun GG :)
1442 0 Share
5.0 (2)