Magic Nations is a turn-based strategy card battle game from developer PrimeBit Games. It was released back in 2018 as a free-to-play browser game, and it’s now available on Steam and Nintendo Switch, although these versions are paid.
The game is set in a fantasy world and sees players create a deck of cards to battle against opponents from all over the world. As you fight with your deck, you’ll face crafty opponents, ever-changing battlefields, and an expanding range of cards on offer.
Like many collectible card games, Magic Nations sees players constantly update and improve their decks. You can collect new unit cards as you play, expand your deck with unique characters, and trade your cards with other players.
When you first start out, you’ll see that there are six different races to choose from. The cunning humans rely on their wits and wiles, while the beautiful Amazons are known for their bravery. The Dwarves favour war and courage, while the Elves rely on wisdom. Finally, the brutal Orks and mysterious Necromancers are known for their dark strength. Each race has its own type of cards and features, giving each a distinct play style.
Cards in Magic Nations will be familiar to fans of the genre. Each has its own set of numerical values, representing values for health, rating, attack and defence. There are also different styles of card – some are magic, some have special abilities, some are range and some are melee. You lay out your cards on a grid area, and must battle against your opponent.
You battle your cards based on their numerical values, attempting to wipe out your enemy’s deck before they defeat yours. As such, there is a great degree of strategy and tactics that go into any one game. The learning curve can be steep, but it’s highly rewarding once you master it.
If you’re a fan of collectible card games, Magic Nations might just be the game for you. You can start playing for free today. 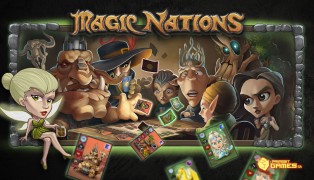 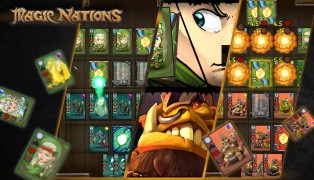 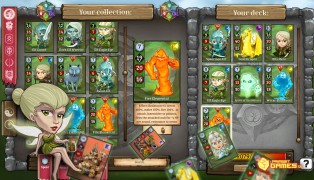 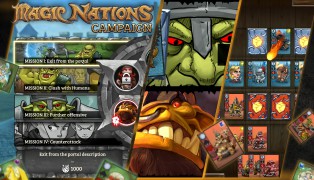 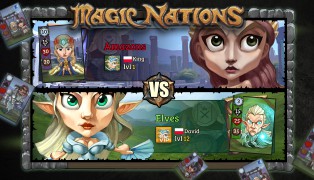 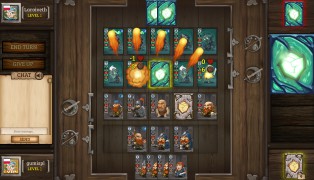 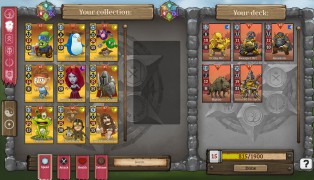 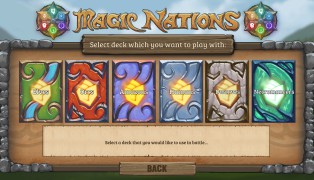 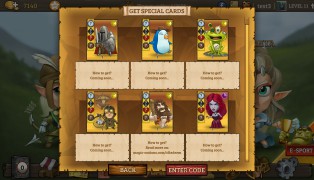 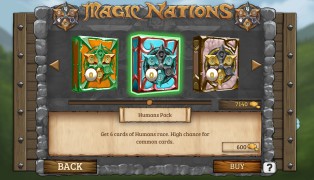