Naruto Online our once beloved story now a game.

Naruto online is simple and fun, a game about the story of who else but Naruto, we get to play side by side with the main storyline as characters we pick, a game made by the same company that made SAO's Legend a great game with similar nature, but the fundamental story is different and i think thats where Naruto Online outclasses similar games. Because it holds such a beloved story something we all truly wish we could relive the moments we first watched our hero Naruto yell something unpredictable and win the battle. being able to paly beside your hero? who wouldnt want that? I truly enjoy playing these games and living the story of Naruto as my own style of character beside the many Naruto characters. Its quite fun to see characters like Shino and Asuma once again in the story, Sakuras strength, Inos mind transfer, Kibas man beast transformation, And even shikamarus shadow possession all the most amazing things from the anime incorporated into this game. By playing this game you can get 100 Play
Next id like to talk about how close it is to the real story. First we have the beginning or introduction arc, You are introduced to characters you know well like the Number one hyperactive knuckle head Ninja Naruto Uzumaki (namikaze) i add namikaze from his fathers last name. You go through the simple tasks and soon find yourself an official Ninja fighting alongside your favorite characters through the Arcs. The Chunin exam ARc speaks for itself fighting alongside fellow ninja against ninja to be named the title of Chunin. Characters like Temari and Kankuro of the sand, Gaara the demon of the sand village the Jinchuriki of the One Tailed fox Shukaku, similar to when the original introduced you to these three scary ninja from another land, our first view into the full Naruto world starting with the sand ninja. The start is very reminiscent of the original story. 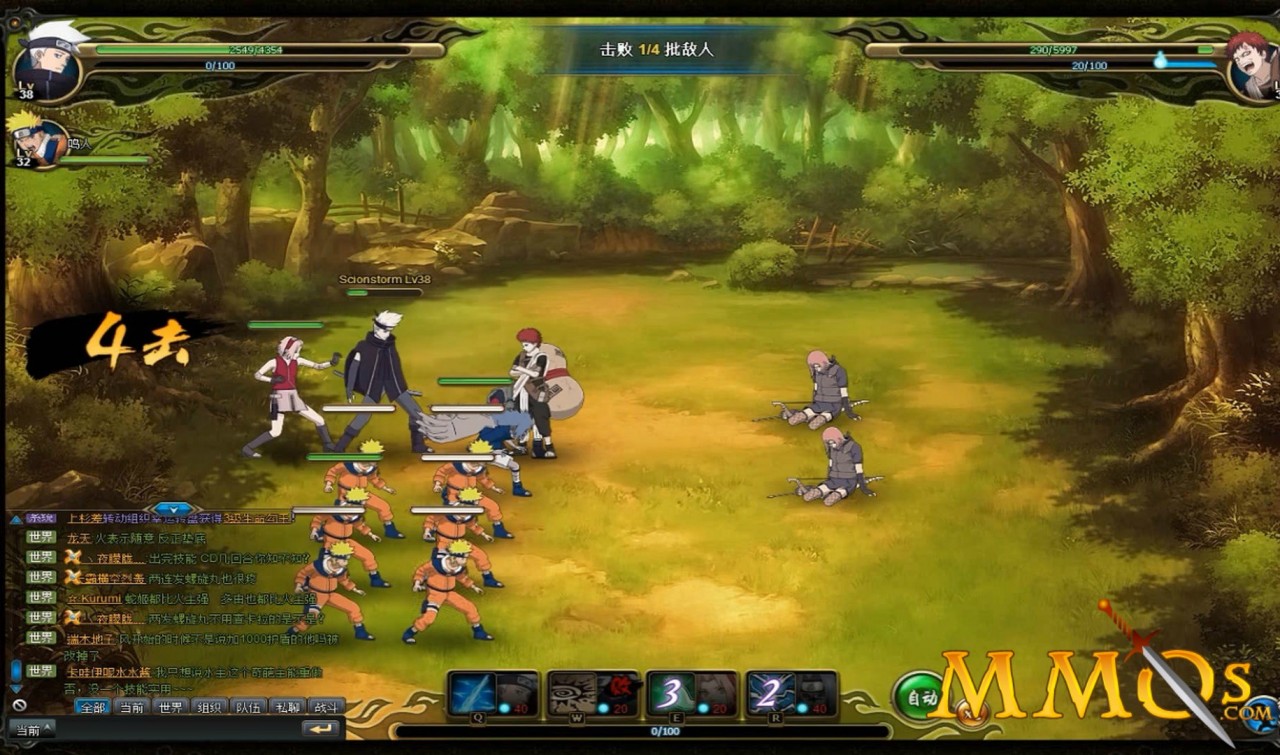 100 Play
In conclusion Naruto online is a great game that rivals that of the original storyline even, Most will disagree saying things like "a browser game can never give us the same feelings as Naruto did" or "the mechanics are too buggy to be a good Naruto game" But all of that doesn't matter for in truth a game is what you make of it, if you slander it, you imprinted on everyone as bad if you praise it you have printed in as good. In my belief i like the game because its about Naruto a story i obsess over no matter how i feel. i play the game because i feel like a shinobi at heart like Naruto. so Believe it! this is a good game about a Grand story that struck our hearts hard. Ya'know, if i had to pick any Naruto powers i would probably as for a sharingan with kamui or kotoamatsukami, and shadow clones.
1156 0 Share
5.0 (1)