Paladins: A Team Shooter Worth Picking Up

Paladins is a great game, it gets labeled as an overwatch clone all the time but is that such a bad thing? 40$ for overwatch is a little expensive anyways and when this game is close enough to save you money thats amazing, Now being a console player of the game its hard to provide the screenshots for this game , but ill try my best to go into detail on all of the aspects of the game from characters and roles to maps and modes, to start out i'd like to point out on the PS4 and PC you can play this game entirely for free , even without playstation plus, with xbox one you sadly have to have xbox live for any of their free to play games which is a shame really, But if you like the idea of a free version of overwatch, go to steam , psn or the xbox marketplace and pick this game up, now on to the characters and roles! 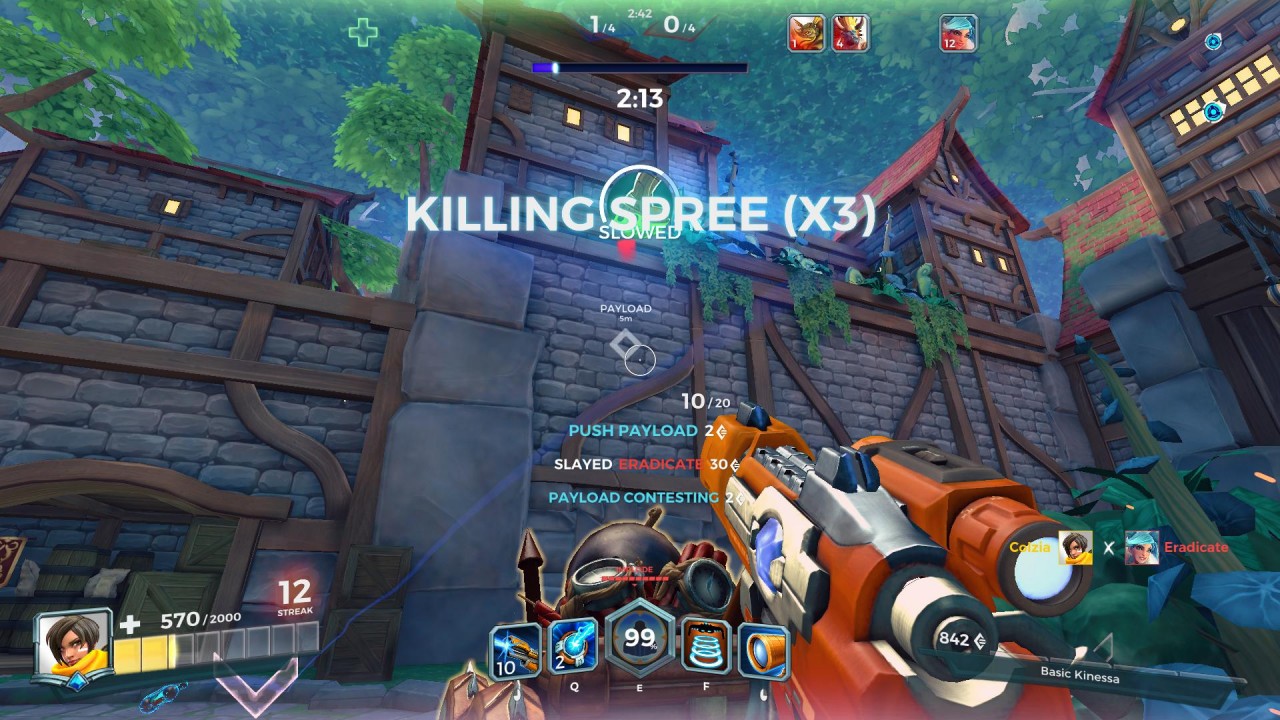 By playing this game you can get 100 Play
individual characters in an FPS have been an idea since team fortress 2, but when paladins and overwatch came to the party, they had different ideas, paladins, beginning development one month after overwatch, was completely different in the beginning! it originally used a card system for skills! But back to the topic at hand, Characters and roles, There are many characters to choose from, but there are 4 roles/classes , Support, Damage, Flank, and front line. Front line is your typical bullet sponge with some tricks up their sleeve, support is your healers and buffers, flanks are mostly agile and serve as a DPS source, and Damage classes are what you think they would be, they serve to deal as much damage as possible with what they have, at the end of a match players will be given experience and told who was the best flank, who did the most damage, who healed the most and who spent the most time on the objective. 100 Play
Now here we are, maps and modes of paladins, From a desert/jungle temples to something akin to the scenes of alladin , Maps in the game are fairly varied, it wont be likely you play the same map twice which is great in my opinion, especially for people who dont like certain maps, Now Dealing with modes, before we get into individual ones, ill point out the casual and competitive sides, Now theres casual games like payload, a random versus mode every season, and a different PVE mode every season. getting into competitive has requirements, You must own a certain number of champions and be level 15 to enter into competitive , before you face off in actual games, you must complete 15 games to place you in your skill level, ranks are none, bronze, silver, gold, platinum, diamond , ect. In conclusion, Paladins is a game worth picking up in every aspect!
1577 0 Share
5.0 (1)