Rail Nation is a game made by Travian Games which is a train management simulation game. You can join with other players in your area to grow stronger together or just tough it on your own, becoming the supreme rail road tycoon you've always dreamt of becoming. Other games made by this developer are GoalUnited, Truckers Nation and Travian Kingdom, so you can expect this game to be of a higher quality already. If you haven't played any of those games or Rail Nation, I highly suggest you do, because they are all very professionally worked games that are easy and enjoyable to play. Rail Nation also has a very nice community. They are very helpful to your average joe beginner and the detail + content worked into this game clearly shows that there was not a lack of effort poured into this game. By playing this game you can get 100 Play
Talking about the content, the game reflects a little bit on Civilisation V, where you must move along a tech tree (of different and more efficient locomotives) to keep up with your competition. The game encompasses a passive system of fighting and control, where a clan of people bid for more stocks in an industry so that their trains get special privileges such as a shorter loading time than their competitors. It also has a system where even though the individual players are working against each other, they must work together to make the town where they are all based grow. Otherwise, they all get left behind and are unable to keep up with competition in other towns. As you go through the different eras (Civilisation V theme again) of the game, more and more industries are developed and must be supplied. 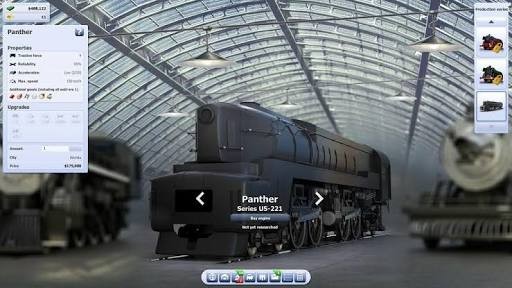 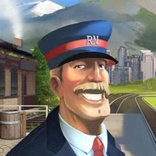 100 Play
For example, in the first era, it might be that the town needs grain. In the next era, the town needs flour, but to make flour, you must deliver grain to the flour mill which is then made into flour which you take to the town. It gradually gets more and more complex, where it gets to the point that if a single industry goes on strike then a whole town might go hungry, even if that industry was started 3 eras ago! Rail Nation really is a game where it dishes up many twists and turns which you must provide solutions to get ahead of your competition. If you think you're up for it, then what are you waiting for? Sign up now so as not to miss out on any of the real-time action! Did I mention that? The game is played in real-time, and when you wake up in the morning, you may wake up to a whole new challenge to sidestep or summit!
1351 0 Share
5.0 (1)