I have been playing Team Fortress for about a year now in Steam. This game is really fun with friends and the best thing about it is that it is free to play. I feel like Team Fortress 2 is a great game for no cost. It is also convenient that you can play it on Steam. If you ever played Mad Paintball on Roblox, you will find that these two games are very similar. Basically, how you play, is you get to choose a character, and each of them have special abilities, and you fight. There are two teams and you have different objectives in every game mode such as capturing, payload, and more. I like that they have many game modes as it keeps the game interesting and relevant. There is also alot to do within each character as their abillities are very specific to their title. With a combination of all the characters played on one battleground, it is very fun 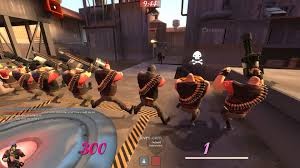 By playing this game you can get 100 Play
Let's get into the different classes of characters. First of all, there are nine different classes - scout, heavy, medic, sniper, soldier, sniper, spy, pyro, and demoman. They each have different abilities and their own strengths and weaknesses. Spies are my personal favorite because of how unique they are. Basically, you are disguised in the other team and can kill them with your knife, however if the opposing team finds out your a spy, you'll get killled pretty quick. There are just so many details in this game, which gives it sustainability. The buzz around this game still hasn't died down after seven years, which is pretty impressive. Many things can be unlocked through experience in the game, however some require in game purchases. However, this game offers so much at a free pricetag. 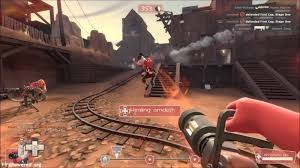 100 Play
The mood of this game is fun and cartoonish unlike some of the other popular shooting, pvp games you see. All the characters are drawn as cartoons, as well as everything else in the game. This gives a light, carefree feeling while playing. The chat system is designed well, as there are hotkeys to say for example help, or bomb on the way. However, there will always be those annoying people who just blow up the chat. But since the chat is very controllled in what players can say ( it gives you many options), this limits those types of people.

Overall, Team Fortress 2 is a very well developed game that gives you new game play for years to come. I would recommend to play this with your friends because of how it keeps it more cooperative and competitive. As you get better, the game will give you more opportunities.
1275 0 Share
3.0 (2)