Pretty good. Has a lot of content and a huge category of side quests to fill time. Story line is amazing along with in game content. In addition, it isn't a pay to win so provides fair game play.

Super fun with friends and cool art work.
I like Tera because it knows exactly what it is and doesn’t waste any breath pretending to be something different. There’s no hollow MMO idealism here, just a dumb game that ends up being smart because of it. And that’s exactly what I want right now; to turn off my brain and just enjoy something without feeling the need to judge or be judged for it.

I played Tera quite a bit when it went f2p, for a while. What I really liked was just going around and trying to kill the massive monsters, that usually required a team of at least 2 people, on my own. It wasn’t time efficient, but it was fun and satisfying once done.
But the more I played the more I got annoyed with the crap Gameforge was pulling with the game. And then they completely ruined the one thing I really liked about the game, and made those massive monsters easily killable on your own. It was fun while it lasted I guess. 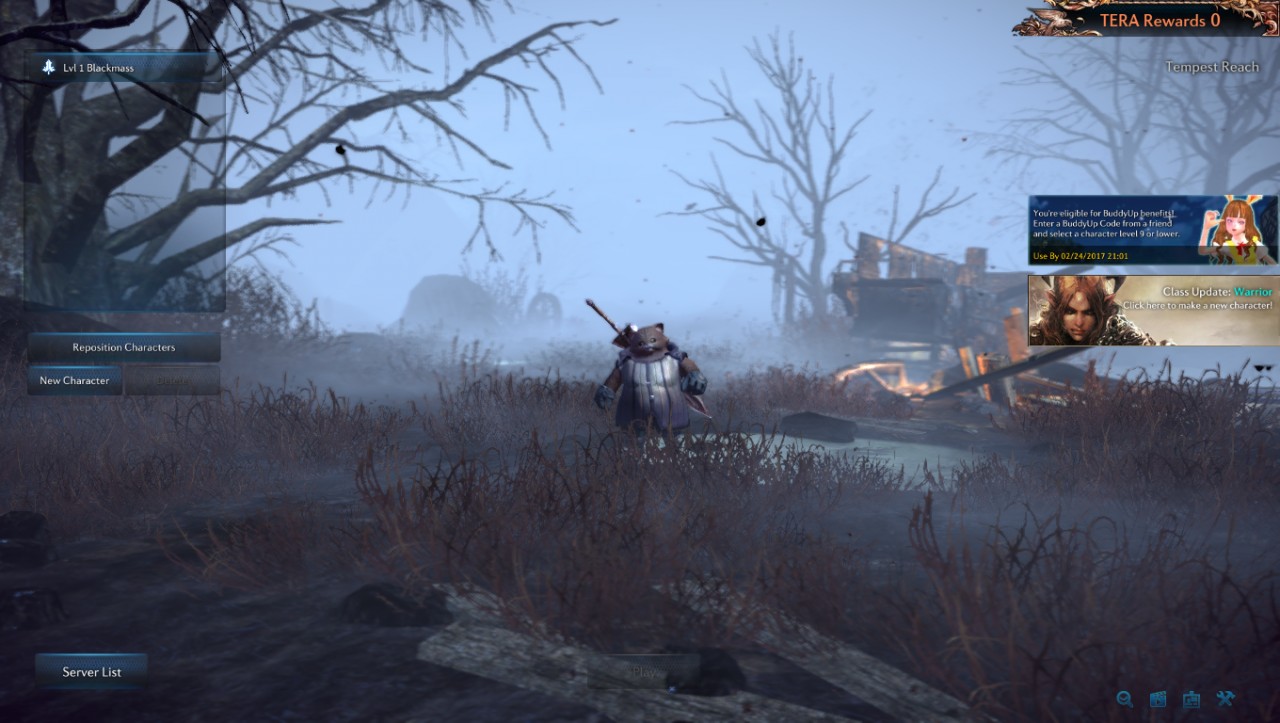 By playing this game you can get 100 Play
good character choice and insanely good load up time. Really fun with friends.

Amazing Setting – traditional fantasy-themed MMORPG set in the world of Arborea with top notch graphics.
Character Variety – over nine playable classes and seven races. Each race has its unique attributes and bonuses.
Real-Time Combat – action-oriented combat where players must aim individual skills and attacks as well as dodge enemies.
High Production Value – fluid gameplay and great soundtrack enhance the experience.
Unique Story – immerse yourself in the world of Tera with its well-written story.

Maybe I misunderstood, but I’m not sure I’d call TERA anything even close to a “WoW clone,” given that WoW is one of the last things I think about when I see this game. That is, unless being a quest hub theme park MMO is all it takes to be a WoW clone.

But yes, it’s kind of refreshing that TERA just doesn’t seem to give a rat’s ass. The longer it’s been around, the more it seems to have gone off the wall in ridiculousness. I mean, you can buy actual sports cars, furry suits, and fruit weapon skins. It just doesn’t even try to be serious anymore.

But as a warning, this game does have a lot of highly stylized and idealized female AND male bodies, as well as a race that looks like young girls, all of which are extremely uncomfortable to some. But given that you can also play as a pipe-smoking dog that uses a giant sword to pole-vault over things, riding around on a golden pig… well, I found it difficult to be upset over people fighting in beachwear. 100 Play
Includes major bugs however everything is bypassed due to the insane amount of land and areas the visit.

Tera is arguablely the #1 free to play client based MMORPG Out there right now. It embodies almost perfectly what a client based mmorpg should be.

Overall, this is the top dog of the free to play MMORPGs out there. The only thing I gotta say is just hope your computer doesn't blow up cause it takes a shit ton to run this game lol.

I liked Tera, but the thing that really turned me off was how all armor and weapons looked exactly the same for individual classes. You might come across a slightly different shade of armor or weapon, but that was it. I can’t stand that sort of thing in MMOs. Sure, at end game when you’re decked out in raid gear you’ll always look like the other guy with the same raid gear regardless of the game, but I’d at least like some deviation and individualization for part of the game. It’s really boring getting a new item only to have it look exactly like the other 10 items you previously picked up.
1370 0 Share
5.0 (1)