One of two things occurred in the development of Arma III, either the UI developer was a rogue, creative individual experimenting with a bold, minimalistic new interface, or they had never played a video game before and decided to fly blind with zero research. It's either avant-garde or a complete failure to consider conventional design.

For example, when enemies are aware of the player, a giant white asterisk appears in the center of the screen. It took me some time to realize what it was indicating, but it still makes very little contextual sense. I imagine it indicates a footnote somewhere that says “Excitement to be added here at a later date.” It's a poor choice for something that should be indicating a threatening danger to the player. 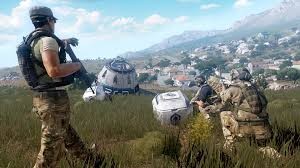 By playing this game you can get 100 Play
The space bar is a contextual “use” key, but there are no on-screen messages to let you know what your use key will do, and if there are no usable actions in range, you will stop and reload. So instead of getting into the helicopter's gunner position, you might stand stock still and reload a completely full clip as the helicopter flies away. This is the most fundamental kind of problem you can have in a game, and it's far from the only one Arma III has. But I'm not going list them all because it's depressing.

Multiplayer: Locate Alt-F4 on your keyboard.

Here it is, the reason anyone is going to play this game for the foreseeable future: multiplayer.

I attempted to login into four servers listed in the multiplayer section. The first, and sadly best server was listed in nearby California and consisted of only Portuguese-speaking players. After failing to board several helicopters, I was finally lifted to somewhere and dropped off. The game then consisted of running around having no idea where to go. I followed another player for twenty minutes without committing a single action, so I disconnected. The following two attempts resulted in finding no one at all. In my last effort, I logged into a server only to be run over by a jeep, possibly driven by my enemy (I have no idea, as there is no discernible way to distinguish them). I respawned, only to be run over by the same person. I was unwilling to continue. 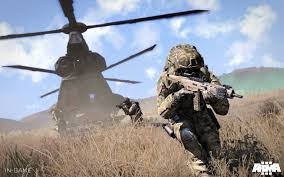 Right now, Arma III is at a stage reserved for convention booths. You can come in, see what they intend to do, and maybe be interested in where they might take it. As it is, it's big and expansive, but it's not filled with anything interesting. There's nothing here to buy and I don't recommend paying $60 for the promise of better content. I don't personally know anyone who played Arma II for its core gameplay. Instead, they bought it to play mods like Day Z. With that in mind, I recommend waiting until the community builds an actual game out of Arma III. Hopefully, the price will have gone down. Buying it now just encourages lazy game design. This is a cool game, overall, but I struggle to actually play the game well when it comes to its lack of effort put in so far.
1178 0 Share
5.0 (1)