Berserk: The Cataclysm is a free-to-play MMO collectible card game which enables you to make the most of your strategic skills and create your own card squads before conquering the Ungar throne. By guiding your squads through the game, you can protect your territories and embark upon breathtaking online battles against players from across the world. The game allows you to become a leading player in the Clans War, explore the Adventure Map and build upon your skills in tournaments.

In Berserk: The Cataclysm, you can become immersed in the once-prosperous world of Laar, which has now been broken by Dark forces. Act as a powerful wizard, collect new possessions and battle for new territories. You must build a squad of creatures that belong to one of five elements (Mountains, Swamps, Plains, Darkness and Forest) and lead them into battle. The more impressive and skilled your warriors are, the higher your chances of victory become. Elements give warriors valuable characteristics and mean gameplay is as diverse as it is unpredictable.

Features of the game include automatic fights, 12 types of PvP and PvE battles, the ability to create your own flying outland from foreign lands, the chance to create a unique interior for your home and collect over 2000 unique cards with exceptional illustrations. Rewards include Ounces and Imperials as well as collectible cards. Why not play Berserk: The Cataclysm today to win the Clans War, become King of the Hill and obtain the Drake Treasure? 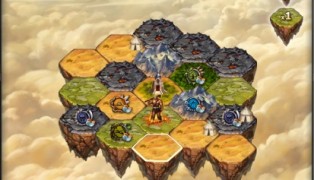 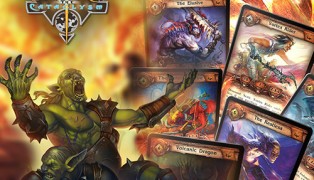